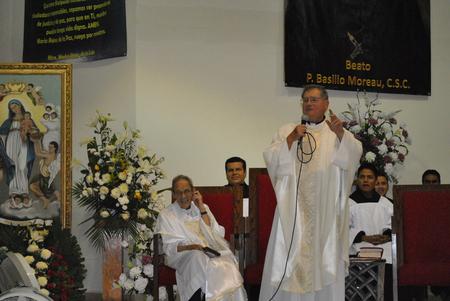 More than 1,000 people gathered to celebrate the 25th anniversary of the Congregation of Holy Cross in Mexico on Sept. 16, 2012, at Parroquia Nuestra Madre Santisima de La Luz in Guadalupe, Nuevo Leon.

Mexico is the newest mission of the U.S. Province. In 1972, Rev. Frederick Schmidt, C.S.C., traveled to the rural village of Ahuacatlan, San Luis Potosi. Fifteen years later, in 1987, Rev. John Keefe, C.S.C., was asked by the Southern Province to be pastor of a large urban parish in the Archdiocese of Monterrey. Under his leadership, the parish of Santo Tomas Moro - St. Thomas More -- flourished and in 1996 was divided by the Archdiocese. Holy Cross assumed the poorer half, which became La Luz parish. The church remains the center of Holy Cross ministry work in Mexico. In 2010, Holy Cross accepted Parroquia San Jose, Taman.

The 25th anniversary festivities included a Mass and fiesta at La Luz parish.Parishioners from La Luz and St. Thomas More Parish participated in long day of singing, praying, eating, dancing and much more. 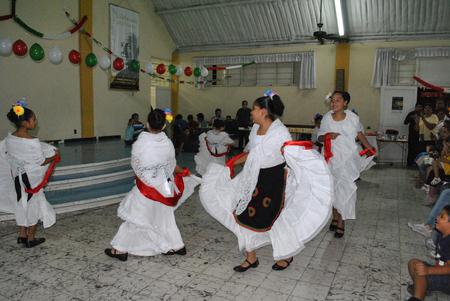 Rev. Dan Panchot, C.S.C, offered the toast at the meal that followed theMass. Rev. Richard Wilkinson, C.S.C., First Assistant Provincial and Vicar of the U.S. Province, represented the Province.Rev. Alfredo Olvera Ledezma, C.S.C., the most recently ordained priest in Mexico, preached.A large number of priests and Religious from the Archdiocese of Monterrey participated in the celebration as well, including Sisters of the Holy Cross from Monterrey and the United States, as well as members of the Congregation of St. John and the Capuchin Friars.

Everyone present at the celebration received a blessed medal, including medals of Our Lady of Sorrows, St. Joseph, the Sacred Heart of Jesus - the three of whom founder Blessed Basil Moreau selected as patrons of the Congregation -- and St. Andre Bessette, the Congregation's first saint. 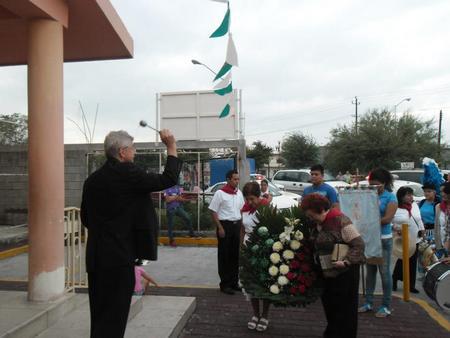 "All are pleased with and grateful for the Congregation of Holy Cross and the generous dedication of its members ..." said Rev. Jose Eduardo Mayorga Mendez, Pastor of St. Thomas More. Many from the parish walked from their church to La Luz in pilgrimage to the Mass.

Fr. Mayorga Mendez thanked Holy Cross for helping the members of his parish "to know Christ and helping us to become his disciples, as was St. Thomas More ..." and "for making us guardians of the faith, for helping us to build up our Christian families ; for assisting our youth to discover Christ in their lives; for making our children happy."

The actual anniversary of the founding in Mexico is Sept. 9, but the celebration was timed to coincide with the feast of Our Lady of Sorrows, the patroness of the Congregation of Holy Cross.