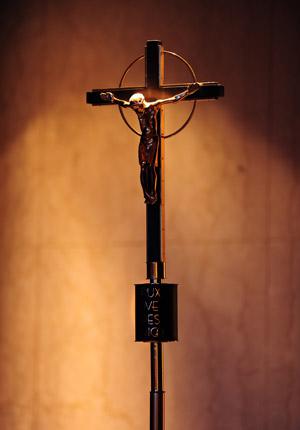 The recently revived peace talks between the Colombian government and the Revolutionary Armed Forces of Colombia (FARC) are scheduled to begin Oct. 8 in Oslo, Norway.

Whatever progress the government and FARC, the country's largest guerrilla group, will be able to make in bringing to an end the war that has afflicted Colombia for half a century, the Catholic Church of that country is likely to play a crucial peacebuilding role.

On Aug. 20, a week before Colombian President Juan Manuel Santos announced the new negotiations, the University of Notre Dame's Kroc Institute for International Peace Studies and the Catholic Peacebuilding Network (CPN), Catholic Relief Services and the Colombian bishops' Secretariado Nacional de Pastoral Social/Caritas Colombiana (SNPS) co-sponsored a meeting of 17 Catholic bishops from Colombia to discuss peacebuilding strategies and to hear from specialists in the field. 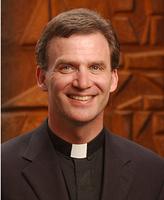 The four-day, off-the-record meeting was held in Miami, whose Archbishop Thomas Wenski served as a host. Among the Colombian bishops, many of whom have been involved in prior peace negotiations, was Archbishop Ruben Salazar Gomez, president of the Colombian episcopal conference. Three Notre Dame faculty members -- John Paul Lederach, professor of international peacebuilding; Rev. Daniel G. Groody, C.S.C., associate professor of theology; and Gerard F. Powers, director of Catholic peacebuilding studies for the Kroc Institute -- were among the invited participants.

The ministry of the Catholic Church has remained active throughout five decades of Colombian conflict, sometimes facilitating negotiations in parts of the country where the Church is the only functioning institution. Often at the cost of their lives, lay church workers, female religious and priests have aided displaced persons, provided safe havens for young people at high risk of recruitment by armed groups, and documented human rights abuses on all sides.

According to Powers, "from facilitating negotiations between armed groups to promoting a climate of reconciliation, the scope and depth of the Catholic Church's role in peacebuilding in Colombia is unmatched around the world."

The Miami meeting is the most recent event in a peacebuilding collaboration between the Colombian Catholic bishops and the CPN, which began five years ago.

Originally published by Michael Garvey at newsinfo.nd.edu on September 11, 2012.