Several Holy Cross priests and the U.S. Province's publishing ministry fared well in the 2014 Catholic Press Awards sponsored by the Catholic Press Association, which were given out during the organization's annual conference June 20, 2014, in Charlotte, N.C. 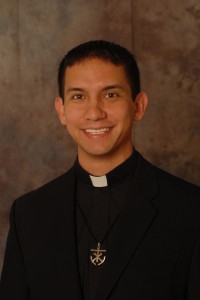 Rev. Matthew Kuczora, C.S.C., received a first-place award for best essay in a religious order magazine for "Chastity in real life," which was published in the VISION Catholic Religious Vocation Discernment Guide. Rev. Daniel G. Groody, C.S.C., received a second-place award for social teaching, along with Gustavo Gutierez, for editing Preferential Option for the Poor Beyond Theology, published by the University of Notre Dame Press. Rev. Ronald Raab, C.S.C., was along a group of editors who won best special issue, section or supplement for their work for "U.S. Catholic," "Special Issue on Homelessness and Poverty." Meanwhile, Ave Maria Press, the U.S. Province's publishing ministry, also received a number of awards in various book categories.