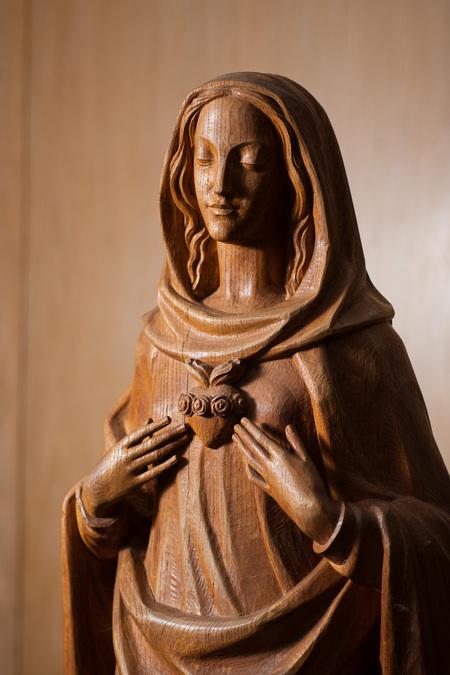 On the eve of the Solemnity of Our Lady of Sorrows (Saturday, Sept. 15), the Congregation of Holy Cross, United States Province of Priests and Brothers, has named nine recipients for the 2012 Spirit of Holy Cross Award. In conjunction with the feast of the special patroness of the Congregation, the award is given annually to lay collaborators who faithfully serve the Province in the United States and abroad. The Spirit of Holy Cross Award acknowledges the critical importance lay collaborators play in living out the vision and mission of Holy Cross founder Blessed Basil Moreau to make God known, loved, and served through education, parish and mission settings.

Fr. Moreau said, "We do not imagine that those who commit themselves in other ways to the following of Jesus are thereby hindered in their service of neighbor. On the contrary, we find in them willing and complementary partners in shared mission. We want our vows, faithfully lived, to be witness and call to them as their commitments, faithfully lived, are witness and call to us." (Constitutions of the Congregation of Holy Cross, 5:44)

"Even in the early days of the Congregation, Fr. Moreau recognized the important role of lay collaborators in working with us to spread God's Word and serve the poor," said Rev. Thomas O'Hara, C.S.C., Provincial Superior of the U.S. Province. "Today, as our work reaches those most in need in the United States, Chile, East Africa, Peru and Mexico, lay collaborators continue to work side by side with us in education, parish and mission settings."

When Blessed Basil Moreau formed the Congregation, he exhorted his Religious to conform themselves to Christ by trusting in Divine Providence. He encouraged them to find hope in the Cross of self-emptying love, to stand by others as the Mother of Sorrows stood by her son Jesus Christ. Holy Cross lay collaborators are called to the same devotion.

Honorees will be recognized in their local communities by the Holy Cross ministry for which they work or serve during the month of January as part of the celebrations of Blessed Moreau's life (Father Moreau died on January 20, 1873 in Le Mans, France). At that time, they will receive a proclamation of gratitude signed by the Provincial Superior on behalf of the entire U.S. Province.