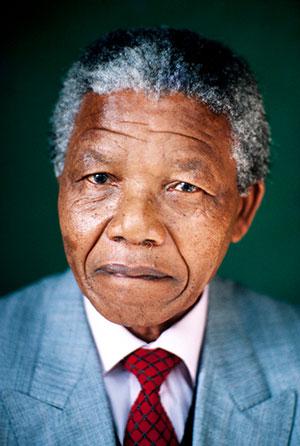 The University of Notre Dame will offer a Mass for peace and justice in memory of Nelson Mandela at 5:15 p.m. Friday (Dec. 13) in the Basilica of the Sacred Heart. Rev. Emmanuel Katongole, a priest of the Ugandan Archdiocese of Kampala, will preside and be assisted by Deacon Melvin Tardy.

Mandela, the longtime anti-apartheid leader and the president of South Africa from 1994 to 1999, died Thursday (Dec. 5) at age 95.

Notre Dame also will mark Mandela's passing with the screening of the film "Mandela: Long Walk to Freedom" on Thursday (Dec. 12) at the DeBartolo Performing Arts Center, to be followed by a presentation by a panel of scholars who will discuss the film and the significance of Mandela's life and work. Panelists will include Father Katongole, Thomas Hibbs from Baylor University and Thomas Allen of Allied Faith and Family. Sponsored by the Notre Dame Center for Ethics and Culture, the film and panel presentation are sold out.

While Mandela never visited the Notre Dame campus, the University hosted his presidential successor, Thabo Mbeki, and other members of his African National Congress (ANC) for a landmark conference in 1991. Titled "The ANC and New Investment in South Africa," the conference brought together officials from the ANC, U.S. government and more than 40 major U.S. corporations to discuss for the first time a policy for investment in the soon-to-be post-apartheid South Africa.

Originally published by Dennis Brown at news.nd.edu on December 10, 2013.