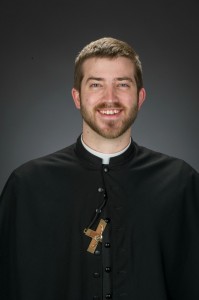 With joy and thanksgiving, the Congregation of Holy Cross will celebrate the final profession of vows of six men at 10 a.m. Saturday, Sept. 13, 2014, at the Basilica of the Sacred Heart at Notre Dame.

The six the largest class of Holy Cross deacons in more than a decade will take the vows of chastity, poverty and obedience according to theConstitutions of the Congregation of Holy Cross. For the past several years, they have been in a period of temporary vows, which they renewed annually. On Sept. 13, they will commit their lives and work to the communal life and ministry of Holy Cross.

They will be ordained to the Order of the Deacon at 10:30 a.m. Sunday, Sept. 14, 2014, in the Moreau Seminary Chapel by Most Rev. Kevin C. Rhoades, Bishop of the Fort Wayne-South Bend Diocese.

A Grand Rapids, MI, native,Matthew Faseis the second youngest of five children of Steve and Patty Fase of Rockford, MI. He graduated with a B.A. in theology from the University of Notre Dame in 2010, where he earned a M.Div. in 2014. Matthew entered the Congregation of Holy Cross in 2006 as an Old Collegian. He made his first profession of vows on July 30, 2011.

Matthew is the first man from his home parish, Our Lady of Consolation in Rockford, to be ordained to the priesthood. He will serve his diaconate year at Holy Redeemer Parish, Portland, OR. 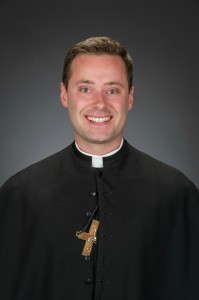 David Halmis the only son of the four children of Deborah Kuns and John Halm of Clyde, Ohio. He graduated with a B.B.A. from Notre Dame in 2004 and earned his M.Div. from the University in 2013. He entered Holy Cross in August 2000 in the Old College Undergraduate Seminary. He made his first vows on July 30, 2005.

He left formation in July 2006 and lived in Dublin, Ohio, working in Columbus, Ohio, at Huntington Bancshares. During that time, he was a member of St. Andrew Parish in Upper Arlington, Ohio, and a 3rdDegree Knight of Columbus in Council 11275. A certified internal auditor, David is a CPA candidate. He served as Central Ohio Chapter president of the Institute of Internal Auditors (2009-2010).

David will serve as a deacon at St. John Vianney Parish in Goodyear, AZ. 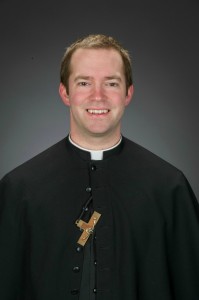 He grew up knowing them as priests who lived joy filled lives and he wanted to be like them. When he felt God calling him, Tim turned first to his uncles and they helped him enter Holy Cross and embrace the community and its good works.

Tim entered the Congregation as part of the Old College program. He graduated from Notre Dame in 2010 with a B.A. in theology and earned his M.Div. in 2014. He made his first vows on July 31, 2011.

Tim is the fourth of six children of Martin and Paula Mouton of Houston, Texas. Tim will serve his diaconate year as a campus minister at Stonehill College (Easton, MA) where he lives in the freshmen dorm Holy Cross Center ("the Sem"). 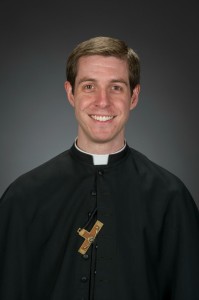 A Ft. Belvoir, VA, native, Chase graduated from Seton Hall University in South Orange, N.J., with a bachelor's degree in 2007. He entered Holy Cross as a postulant in August 2009 and professed first vows on July 30, 2011. He received his M.Div. from Notre Dame in 2014.

Chase served his postulant year in adult faith formation/Bible study at Christ the King Parish. During the following summer, he served at St. Joseph Parish, South Bend. From 2010-2011, when he was at the Novitiate, Chase worked in parish ministry at Sacred Heart Church and as a chaplain at Penrose-St. Francis Hospital, both in Colorado Springs. As a first-year professed seminarian, Chase served at the Catholic Worker drop-in center in South Bend. That summer, he served at Parroquia Nuestra Madre Santisima de La Luzin Monterrey, Mexico. During his final two years as a professed seminarian, Chase served in the marriage prep ministry at Notre Dame.

He will serve his diaconate at King's College. 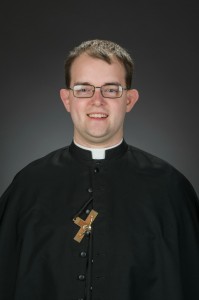 Born in Philadelphia, Daniel is the middle of three boys of Dorothy and Michael Ponisciak of Fox Chase Manor, PA.

Daniel earned his bachelor's degree in psychology from the University of Richmond (VA) in 2002. He earned a master's of education degree in counseling from the College of William and Mary (Williamsburg, VA) in 2005 and his M.Div. from Notre Dame in 2014.

Daniel entered Holy Cross as a postulant in 2009 after working as a professional school counselor in Williamsburg. He served in the adult Bible study program at Christ the King Parish as a postulant. He made his first vows on July 30, 2011. While at the Novitiate in 2010-2011, Daniel was s chaplain at Penrose Hospital, Colorado Springs, and worked in homeless ministry at St. Andre Bessette Catholic Church, Portland, OR. During his first year of temporary vows, Daniel served in homeless ministry at HOPE Ministries, South Bend. During his second year in temporary vows, Daniel worked in marriage preparation ministry at Christ the King Parish and later that summer in homeless ministry at Andre House in Phoenix. In his final year as a seminarian, Daniel coordinated preparation for the Sacrament of Confirmation at Notre Dame. 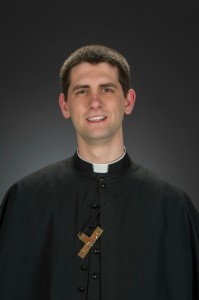 Christopher Rehagenis a native of Jefferson City, MO, a twin and the oldest of the four sons of Mark and Susan Rehagen.

He will serve as a deacon at Christ the King Parish, South Bend.

During his formation, Christopher served as a team member for the Notre Dame Confirmation program (2009-2010); chaplain at Penrose Hospital, Colorado Springs, assisted with liturgies and RCIA at Our Lady of Woods Parish, Woodland Park, CO, and also assisted at St. John Vianney Parish, Goodyear, during his Novitiate year (2010-2011); at Stone Soup Community in South Bend (2011-2012); an intern at St. Andre Bessette Catholic Church (summer 2012); RCIA team member at Christ the King Parish (2012-2013); and as assistant director in the Old College Undergraduate Seminary at Notre Dame (2013-2014).