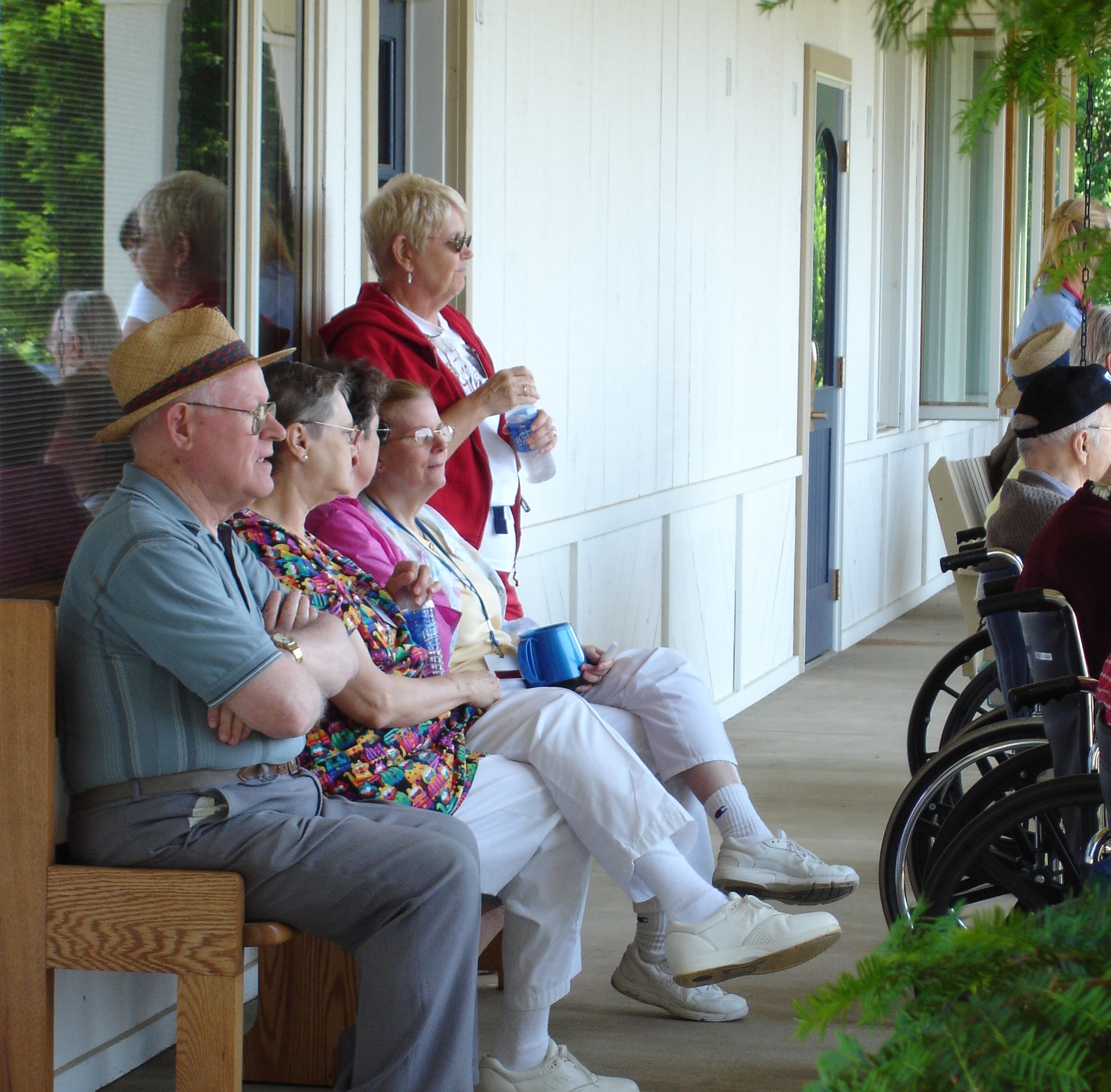 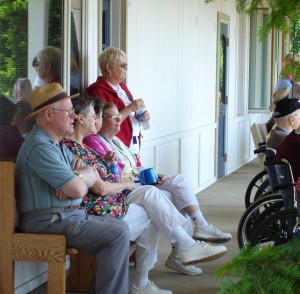 I was visiting prisoners last October something I love to do. I had seen the men on the fifth range of the segregation unit at the Indiana State Prison and decided to walk down a flight and visit the men on the fourth range. I wanted to give a book to Eric, who had expressed an interest in it after I recommended it on a previous visit. The book was "Jesus, a Pilgrimage," by James Martin, S.J., the account of his travels to the Holy Land.

The book, a big one, was in my shoulder bag, nestled among greeting cards and rosaries I always carry on my visits. As I moved onto the first step, the bag shifted a bit on my shoulder. Distracted, I forgot what I was doing and missed the next step. Suddenly, I was airborne and headed for a rocky landing on the hard platform eight steps down. I arrived with a clatter that was heard by everyone, including a couple of men I had just prayed with.

Some guards found me sprawled on the platform, conscious but bleeding from a head injury, among other assorted problems. The worst was my right wrist, which I had obviously broken as I tried to protect my head from the onrushing platform. They loaded me onto a stretcher and carried me down the remaining four flights and into the courtyard. Eventually, I was transferred to another stretcher and loaded intoan ambulance.

At St. Anthony Hospital, the emergency room crew put me back together again, made sure the head injury was not serious, and eventually put me in a private room. It was then that I began to think about what just happened. I had been a volunteer chaplain at the prison for 12 years, ever since I "retired" from a parish in California and returned to Notre Dame. I loved the work and I think I was good at it. I liked the men and they liked me. I got along well with the superintendent and his staff and with most of the prison guards. Now what? Was this the beginning of the end of my prison ministry?

Of course, some would say it's about time to quit! I'm 88 years old, for heaven's sake! But I don't feel that way. I'm no hero and not trying to impress anyone I simply enjoy the ministry and hate the thought of giving it up. I suspect that many of you reading these lines feel the same way about your work and don't look forward to your approaching retirement.

On the other hand, God seems to have sent me a very clear sign that I better starting thinking of other things. I could start, for example, by reflecting on the possibility that he could be giving me a clear and dramatic hint that I should pack my bags and await his call to the next life.

The prison and St. Anthony Hospital are in Michigan City, Indiana. After a couple of days at that hospital, I was well enough to return to South Bend and Holy Cross House on the campus. This is where priests and brothers of the Congregation of Holy Cross retire or are treated for various ills. It is a beautiful facility with an excellent health care staff. And the residents include men like Fr. Hesburgh and renowned former professors and other Holy Cross legends. It is a great group of men who live, eat and pray together under the watchful eyes of dedicated nurses and other caregivers whose loving concern for each man is obvious. The nurses are too busy to do everything, so the men help each other at every turn, pushing the wheelchairs of non-walkers, for example. It's the last stop for many men before the Lord comes to take them home. Occasional "visitors" like me get the treatment they need and then return to where they came from.

My accident happened three months ago. Since that time, the cast has come off the wrist and I am no longer at Holy Cross House, but back in my private room on campus, overlooking one of thetwo beautiful lakes. I've gone back to theprison for short visits and almost brokeinto tears the first time, when the guysgave me a standing ovation. Last Sunday,I celebrated Mass there for the first timein months and gave Communion tomy friends.

But somehow it's not the same. I haven'tsummoned up the nerve to return tothe segregation unit where the accidenthappened. I dread those stairs! I guess I'lljust have to pray about the situation andask the Lord what he wants me to do. It'sall in his hands and I'll try to do his willno matter what that is.

Meanwhile I have many memories. WhenI celebrated Mass last Sunday I onceagain looked at the large sign on the backof the wall. It faces the priest who iscelebrating Mass and reads, "But for theGrace of God," as a stark reminder thatI might have ended up in one of thosecells in segregation if my background andfamily situation resembled that of mostof the prisoners in front of me.

Of course, no matter how difficulttheir background, the men must bearresponsibility for the terrible things theyhave done. Only a few claim they areinnocent for the crimes for which theywere committed. Many are remorsefulfor what they have done but not all. Ithink of one of my friends whose nameis Harry. Harry, who murdered a younggirl when he was 17, perhaps will diein prison. He is a realist. "Most of themen who are here are right where theybelong," he says.

But I love them anyway.

I remember the men on death row whomI have not seen in months. When theylearned about my injury, they sent mea get well card and most scribbled ashort note and signed it. A get well cardfrom men who have far greater problemsthan me! Three times I have accompaniedone of their companions to his placeof execution.

Tomorrow I will return to death row forthe first time since my accident. It willbe a happy occasion and I look forward tothe visit. But I'm not sure if I will tell themen that I may never see them again. It'snever easy to give up something you love.But we all have to face the possibilitysooner or later in our lives. And thequestion is always the same: "When is itTime to Let Go?"

Fr. Thomas McNally, C.S.C., a native ofWinnetka, IL, was ordained in 1961. Hewas editor and publisher of two youthmagazines formerly published by theCongregation of Holy Cross, and served asan associate director of Campus Ministryat the University of Notre Dame under thelate Fr. William Toohey, C.S.C. He livedin campus dorms for many years and fora time was rector at Grace Hall. Later hewas pastor of parishes in California andSouth Bend and also ministered for a timein Chile. He is the co-editor of two popularprayer books, "Day by Day" and "Lord, HearOur Prayer," both published by Ave MariaPress, a ministry of the Congregation ofHoly Cross, United States Province.