How often in our own lives do we long for a transfiguration moment. We may struggle for long periods of dryness in our life of prayer. We may struggle with obscurity in our discernment. We wonder if God is calling, but we want to be sure. How often have we wanted God to break through the veil so that we may see His glory, if only for an instant? 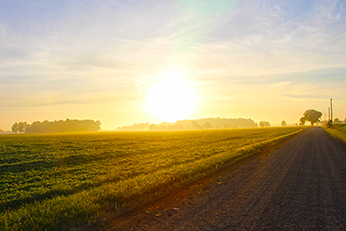 Today the Church commemorates the Feast of the Transfiguration of the Lord. We know from the gospel passages about the event that not all the apostles were present; only Peter, James and John. Jesus took them up a mountain, away from the crowd, in a place where they would be alone. He also instructed them not to tell anyone about the vision until after His death and resurrection. As we read the passages about the Transfiguration, questions may arise in our heart. Why only Peter, James and John? Why didn't he reveal Himself equally to all the disciples? Why doesn't He reveal Himself to me?

Jesus allowed Peter, James and John to witness His transfiguration in order to prepare them for the work that they were going to do for the Church. This privilege was not for them, it was a grace that Jesus was giving to the give to the world through them. Peter, was chosen to lead the early Church. James would be the first apostle to be martyred, and John would be the guardian of the Blessed Virgin Mary and outlive all the other apostles. As Peter cries out, "Lord, let us build three booths here," his voice is drowned out by the voice of God the Father saying, "This is my beloved Son, listen to Him." Peter wanted to hold on to that moment, to have an earthly marker where He could go back and remember it. God however redirects the desires that arise in Peter's heart at seeing Jesus' glory, although Peter would not understand this completely until later. The grace of the Transfiguration was not to find its final end in those three men. God's purpose was that this grace would flow through them to all His followers. 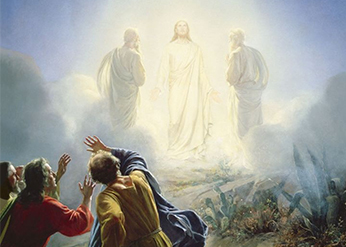 Let's face it, Jesus does not really need us to accomplish His work. He could appear in glory to everyone on earth, but He doesn't. God chooses to work in a hidden way. Even the sacraments where we encounter Him directly involve very mundane earthly elements; water, oil, words, bread and wine. Jesus gives us the opportunity to love Him before we see His glory. His glory is always there, but for our benefit He hides it. If we saw His glory, we would be instantly swept away by the knowledge that we were made for Him, and by our need to be with Him and to love Him. But, seeing involves no faith. If we saw His glory, there would be no opportunity for us to choose to love Him, to make sacrifices for Him or to suffer for Him. In a way seeing Him would be detrimental to our faith life, because believing what one sees is easy. What other way do we have to prove our love other than in doing what is hard?

In His infinite generosity Jesus gives a share of the work of salvation to those whom He calls. He invites them to intimacy, in His work, in His suffering and in His glory. Jesus does not reveal Himself in glory because He does not want to deprive us of the opportunity we have to love Him before He is revealed. There will be a time for glory. There will be a time when everyone will see God's glory perfectly revealed. Now is the time for faithfulness. Yes, it can involve struggle, but God will transfigure all our struggles if we allow it. All we have to do is say Yes. If you feel that God might be calling you to a vocation, be open to it, talk to someone about it, pray about it. If God is calling you, listen to Him! 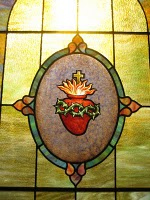 If you feel that God may be calling you to be a priest or a brother, contact us here in the Office of Vocations. Our job is not to try to persuade you, but only to listen and to give you the tools to help discern God's will for your life.