And you call yourself a priest!

And you call yourself a priest!

"And you call yourself Christian!?!"

One of the hardest things that we do in ministry, including here at André House, is to say "no" to someone. Many people come to us with different needs, and we really want to help them. But there are times when it simply is not possible.

"And you call yourself a priest!"

One difficult lesson I quickly learned after coming to André House where we serve people who are homeless is that part of my job is to make people homeless. Don't get me wrong: Most of the time we get to serve people and provide for their needs – food, clothing, hygiene products, etc. We also offer transitional shelter. But, whenever you provide transitional shelter, you have to have rules. And where there are rules, there are consequences for breaking them. 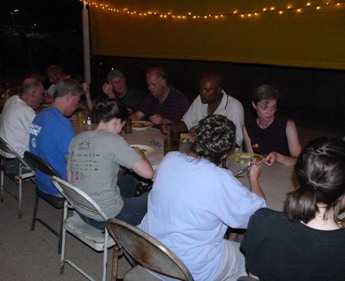 I remember one evening, about an hour or so after eating dinner as usual with the guests at the transitional houses and the André House staff, the staff person doing the overnight shift called me. The conversation went something like this.

"Hello, Fr. Eric."
"Hello. How are things going?"
"I think we are going to have to kick Jerry out. I think he's smoking weed."
"What makes you think that?"
"Well, the house smells like a Grateful Dead concert right now." 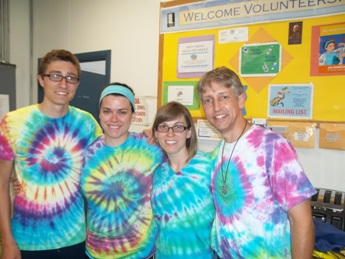 Yes, we had to kick Jerry out of the house that night. To her credit, the staff member who called did not want me to come over for back-up. She was mostly disappointed that someone who had stayed with us and had been doing so well – with a job, paying down debts while saving money, etc. – had fallen off the wagon. She more needed to process what she was going to do and how she felt. And who can blame her? It is difficult to make someone homeless. But if there were no consequences …

Jerry took the news of his imminent departure well, and even apologized. But not all guests take bad news so calmly. Some get angry. Some try to plead. And then there are those who try to guilt you into doing what they want you to do.

I don't blame the guests. Many of them face desperate situations that, thanks be to God, I can only imagine. Many have had to play the system for so long to get what they truly need that I can understand the natural attempt at manipulation. Still, sometimes it bothers me.

After several months of not hearing the "you-call-yourself-Christian" plea/accusation, it recently has made a comeback. This resurgence made me reflect on why it sometimes bothers me.

Part of me wants to think that this bothers me because of selfishness. I sometimes wonder whether I am being selfish in not making the exception at this time to help this guest with obvious needs. Part of me wonders whether I feel some selfishness mixed in with desperation on the part of the guest – especially those who know the rules but who still ask for exceptions.

But I also know that part of ministry is to minister to the other ministers – to care for those around you. Our volunteers have the right to know what is expected of them, what they can and cannot do. For example, they have the right to know that we stop giving tickets for the soupline at 6:30 pm so that they can go home at a reasonable time, not stuck while that "one last person" keeps appearing. 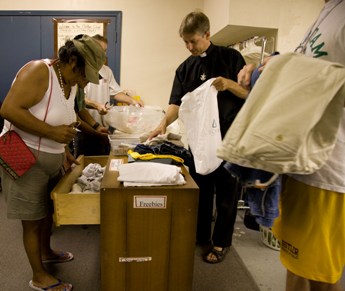 Our fellow staff members also need to have the assurance of consistency. If I allow all the guests who come to the clothing closet on Wednesday to get two pairs of shorts, I not only deplete our supply of shorts for Thursday's clothing closet, I also create an expectation from the guests that Thursday will ignore the one-shorts-per-person rule too. When they go to enforce that rule, they are the ones yelled at, not me.

I know that sometimes I am bothered by a perceived blasphemy. The second commandment tells us not to take the Lord's name in vain – which I do not think is limited to using God's name as a curse word when driving. When the person asks derisively, "And you call yourself a priest?" after being denied something, part of me wants to respond that it is because I am a priest that I am concerned about how their attempted manipulation affects their soul.

I also find myself bothered by the image of God that the "Would Jesus say no?" question projects. Sometimes I want to answer, "Why yes, Jesus did say 'no.'" Jesus escaped to be by himself to pray – not taking any requests to touch and heal people at that time. The Gospels also say that Jesus did not work many miracles in Nazareth – seeming to imply that many in his hometown got shut down when they wanted their native son to perform for them.

Last Sunday's Gospel, Matthew 5:21-43, has the story of the woman suffering from a hemorrhage for years coming up behind Jesus to touch His cloak and immediately is healed. The Gospel says that Jesus quickly started asking who touched His clothes. As we read this Gospel, do we think that this was the only person trying to touch Jesus in order to be cured? I doubt she was. And if others touched Jesus without a cure, does this imply that we should not look at God as an infinite Pez dispenser of healing, giving us exactly what we want, when we want?

Still, I struggle. I usually do not let the derisive and manipulative comments get to me. But I struggle to find the balance – how to give of myself without being completely spent. How to deal with crisis situations and a subculture seems to reward manipulation. 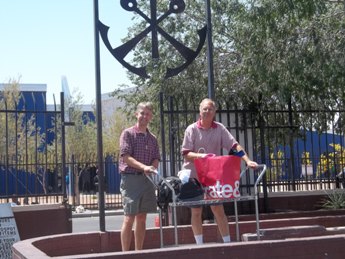 At the end of the day, I also know that I do not have to worry too much for several reasons. I not only call myself a Christian, I am one. I am a priest.

And those two things help me to know that, even if I have to say "no" to someone, that I do so with the conviction that they are still loved by God. And, although Jesus does not always help us to get everything we want, with the Lord there is always a way for everyone to get what they need.

Fr. Eric Schimmel, C.S.C., is the Director of André House of Hospitality in Phoenix, Arizona. For the past two years, he has been a monthly contributor to the Spes Unica blog. Continue to follow Fr. Eric's blogging in the future through the André House website. Learn more about the missionary work of Holy Cross priests and brothers to extend the Good News of Jesus Christ across "borders of every sort," including a new video documenting the work of Holy Cross to carry the Gospel to those in need of its hope.