Ashes to Ashes, Dust to Dust

Ashes to Ashes, Dust to Dust 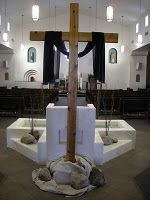 To help us all dive into this Lenten season, such a powerful time for us to deepen our relationship with the Lord and thus further our discernment, Fr. Tom Gaughan, C.S.C., the rector of Stanford Hall at the University of Notre Dame, wrote the following reflection for us.

There is no way around it: ashes symbolize death, destruction, and emptiness. For those of us who were alive in 1980, the image that went out to the world on May 18 was the giant plume of ash billowing from the eruption of Mt St. Helens in Washington state; an event that, in a matter of minutes, turned a lush and life-filled, perfectly dome shaped mountain into a lifeless, gray, mound of mud and debris, scoured of all vegetation with a gaping hole on its side. For those of us who were alive in 2001, the images of September 11 are imprinted on our minds and hearts of the giant plume of ash and smoke that was created as the twin towers of the World Trade Center crumbled to the earth; forever a memory of death, destruction, and devastation.

There is no way around it: ashes call to mind death, destruction, and emptiness.

Today we take this reminder of death and are marked with a cross; itself an instrument of death. Yet, for us as a people of faith, the cross is more than a symbol of death. For us, the cross is a symbol of hope, victory, and paradoxically, life. For we believe that by the blood of Jesus which was poured out for us on the cross, we are washed clean of our sins. We believe that by His death, death itself was swallowed up in the victory of the Resurrection.

So, we dare to stare death in the face. We dare to confront death with ashes and a cross because we know that the sacrifice of Jesus has won victory for us. We know that because of Jesus death is not the victor; we know that death does not have the final word!

This daring confrontation with our mortality is how we begin Lent because Lent is a season of repentance that is marked by fasting, almsgiving, and prayer. It is a season of Grace which invites us to reflect on our lives and to confront the reality of our sins. Like the marking of a cross on our foreheads with ashes, our confrontation with our sins is not a morbid exercise that is meant to evoke guilt and shame. Rather, in this holy season of Lent, we confront our sins (naming them and seeking conversion from them) as a statement of our faith and belief that by bringing our sins to Jesus, by bringing what is dead and ash-like inside of us to the cross, then by doing this, we can experience the love of God that heals, forgives, and restores to new life.

We confront our sins with the confidence and the belief that the same love that raised Jesus from the dead reaches out to touch us where we feel most dead inside. And that being touched by God's Love, God will change and resurrect the dead inside of us to new life.

We now begin a holy season of repentance; an invitation to confront the deadliness of sin in our lives, and to do so with courage, confidence, and hope because of the victory of the cross.

As we are marked with our symbol of hope by the ashes which remind us of the reality of our mortality, may we move forward through these forty days embracing this season of Grace and repentance with great confidence so that we may be led by them to a true conversion of heart and the splendor of Easter joy.