Building the Culture of Life at UP

Building the Culture of Life at UP 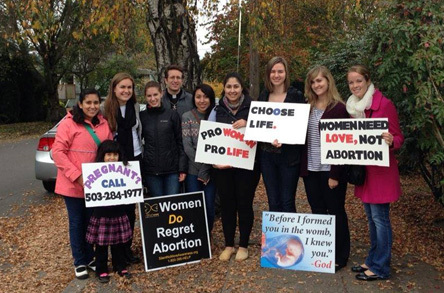 Voice for Life, UP's pro-life student organization, had a little party in lieu of our last official meeting of the semester. With finals coming up this week, we all welcomed the opportunity to have some treats and share each other's company. For our entertainment, the club's president rented the movie Babies, a documentary chronicling the first year after birth of four different babies from around the world. With quiet joy and hope, the movie affirms life's goodness, and so it provided a perfect message for our club's last gathering of the semester. Plus, it was just really interesting to see -- in the span of a short film -- how much these four different babies, from four very different cultures, all grew up so much in a single year.

Our own Voice for Life group is in the middle of a remarkable year of its own. Last year, we did not organize many events, and when we did, students seemed to feel a bit intimidated and unsure how to articulate the values and the truth that underlie our pro-life commitment. At the prompting of a Holy Cross novice, who was serving at UP last February on his ministry experience, two students approached Fr. Ron Wasowski and me, the Voice for Life advisors, about their becoming leaders in the group this fall.

Even during last spring, before they officially assumed leadership, these two young women showed remarkable initiative. They met with Rebekah Barnes, the regional coordinator for the national organization Students for Life, and strategized with her and me about recruitment, advertizing, messaging, apologetics, and a whole host of other issues. They re-focused and streamlined the Voice for Life mission statement. They launched a Facebook page. They began to invite speakers for this fall. 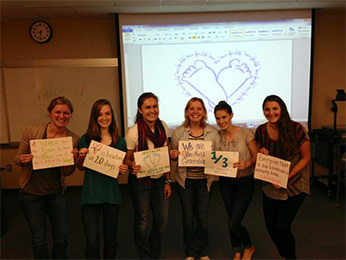 And still, they both were a little unsure of themselves as the year began. At the first couple of events, the president would introduce herself amidst nervous giggles and apologize, saying, "I really don't know what I'm doing." But with one successful event after another -- including an incredibly powerful speaker panel of post-abortive, pro-life women and couples -- their confidence grew. In one three week span, our Voice for Life group prayed on a Saturday morning outside of an abortion clinic for over two hours; set up and staffed a day-long memorial in the center of UP's campus that both commemorated the 3000 lives lost each day to abortion and offered resources to women for post-abortive healing; visited the Catholic and Evangelical crisis pregnancy centers in Portland; and published an op-ed in The Beacon, UP's student newspaper, defending the pro-life ethic from a pro-woman position.

The campus memorial was a special victory for our group; when other UP students confronted our memorial with criticism, some of which was a bit angry, our students responded with love, with truth, and with great respect. In a private meeting afterward, I praised our president for leading this incredible witness in the midst of real opposition; and she responded, "I know; wasn't that great? I am just so proud of them. I feel like a mother leading her ducklings!" And in that moment, I felt a great appreciation for my title of "Father." For I have gotten to watch with pride and with awe as these two young women have grown, in just a few short months, into women who proudly and confidently bear the Gospel of Life. 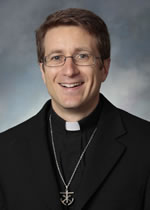