Catholic Schools Week: "It's Who We Are"

Catholic Schools Week: "It's Who We Are" 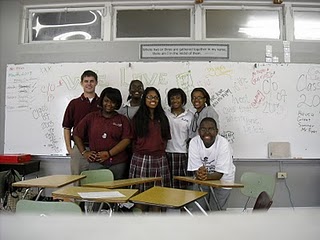 Yesterday, Fr. Timothy Scully, C.S.C, kicked off our celebration of Catholic Schools Week by insightfully sharing with us about the state of Catholic Schools in the United States as well as the great hope for their future. Today we continue our celebration by hearing from Brogan Ryan who gave two years of his life teaching in Catholic schools through the Alliance for Catholic Education. Since its founding in 1994 by Fr. Scully and Fr. Sean McGraw, C.S.C., ACE has become the largest providers of Catholic school teachers in the United States. It is a powerful way that as educators in the faith, Holy Cross in collaboration with many committed lay men and women continues to bring hope to Catholic schools.

I spent the past two years teaching 7th, 8th and 9th grade Religion and Math at a Catholic school in Montgomery, Alabama. Although I had attended Catholic schools for 17+ years (Pre-K through grad school), I had no idea how much I would/could learn while teaching in a Catholic school.

The schools that I grew up in were today's poster schools for Catholic schools: predominantly Catholic student body, weekly mass, involved parents, engaged students and a Catholic identity that was almost taken for granted. 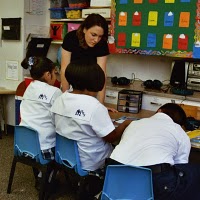 The school that I spent the past two years teaching in differed in one key aspect – instead of a 90% Catholic population, our school was 90% non-Catholic. For most of the students, it was their first time in a Catholic school. When I first heard this, I was very concerned. How was I supposed to teach a 7th, 8th and 9th grade religion curriculum when I was teaching students who had never been exposed to Catholicism? How would I prepare the students for Confirmation? What knowledge base did I have to build on?

My biggest concern ended up being an enormous blessing. It turns out that the things I assumed my students would or should already know were things that I had been taking for granted about my faith: "Mr. Ryan, you really believe that is Jesus at Mass?" "Mr. Ryan, you tell the priest all of your sins?" "Mr. Ryan, why do you dip your hand into that thing on the way into Church?" "A rosary really isn't a necklace?" "Does Saint Anthony fly around and find all of your missing stuff?" I entertained any questions my students could come up with – and we covered a lot of ground! I answered what I could, and looked up the others. I hope my students learned something in my class, but I know that I grew to have a deeper understanding of a lot of the elements of my faith. 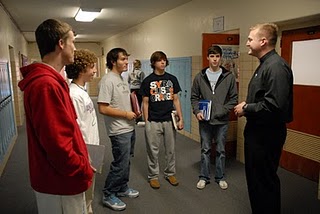 And as much as I grew in many specifics of my faith through teaching it, I also became more of a believer in the mission of Catholic education. "Mr. Ryan, so you studied accounting and now you teach math and religion?" "Exactly," I would tell my students. That is the beautiful mission of Catholic education. Religion, and especially my Catholic faith, is not something that I ever want to compartmentalize. It is simply part of who I am, whatever I am doing.

Of all the lessons I taught and learned, I hope the one that got across most clearly – and the one that I hope all Catholic schools in the world are teaching today – is that faith is not just something that belongs in religion class. It has a place in math class, and science class, and at recess, and at lunch, and in every aspect of your life. It is who we are, not simply what we do.