Emmanuel: God is with Us

Emmanuel: God is with Us

From all of us here in the Office of Vocations, a blessed and grace-filled Christmas to you! Know that you are in our prayers on this holy day and in this holy season. As part of your Christmas celebrations, we share with you the homily Fr. Jim Gallagher, C.S.C, the Director of the Office of Vocations, preached this evening at the Basilica of the Sacred Heart at the University of Notre Dame.

The prophet Isaiah proclaimed that "the virgin shall conceive and bear a son, and they shall name him Emmanuel, which means 'God is with us.'" It really is quite wonderful how one word can strike to the heart of why we gather together this evening to celebrate. Emmanuel - God is with us.

When we celebrate Christmas we celebrate the truth that God is with us. It is a reality that was particularly manifested in the birth of the Christ child. Yet it is a reality that is with us still and was true even before Christ's birth.
The whole history of the people of Isreal is the history of God's revelation of His presence with HIs people. From the time of Adam, to Abraham, to Moses and on down through the prophets, kings, and matriarchs the message was constant: "I will be your God and you will be my people." The difficulty was that just as consistent as that message was, so was the constancy of the struggle of the people of Isreal to receive that message. There were times in which it was clear that God was with the people. When Abraham and Sarah became parents after many years without children, when the people were lead out of slavery from Egypt, when the boy David slew the giant Goliath with a sling, when the prophets provided great signs, it was clear that God was with them. Yet when things were fine the people grew complacent and forgot about God's presence. When times were difficult they struggled to see how God was with them. Again and again, they struggled to hold on to the understanding that God was with them. The message was constant and yet they struggled to integrate it into their lives.
Then in the fullness of time, the greatest sign of God's presence among his people came – the Eternal Word became flesh and dwelt among us. The only begotten Son of God, who was from the beginning, through whom all things were made, took on human flesh and entered into the world. There and then, God was not just present or attentive to the people, quite literally, God was with us. This presence of God with us was not just for a day or for a week or even a year, it was for a lifetime. God was with us.

The amazing part of this unity between God and humanity that came to be through the Word taking on human flesh is that Christ did not leave that flesh behind. In His Resurrection, Christ was still united to human flesh, in His ascension that unity ascended into heaven with Him. The unity that was forged in the Incarnation did not come to an end in the Resurrection. We are still uniquely united to God through Jesus Christ. 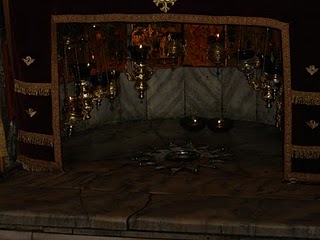 However, while it is true that the unity is still here, it is also true that the reality of Christ living and walking among us did change after the Resurrection and ascension. Yet even though Christ is no longer with us as He once was, the reality of 'God with us' did not change. We are the people of God. God is still with us. As with the people of the Old Testament there are times in which we are abundantly aware of God's presence with us. In the Eucharist, in the fantastic miracles that sometimes happen, in our prayer, in the everyday miracles that amaze us, we can see glimpses of God with us. Also, as it was with the people of the Old Testament, we regularly struggle to hold onto this understanding that God is always with us. There are times where it is hard to know that God is with us. We wonder whether God is there when our annoying co-worker is getting on our nerves yet again. We ask whether God is with us when we are changing a diaper for who knows how many times. Is God there when we feel lost and alone? Is God with us with when our health is failing and our loved ones are struggling? Not only do we struggle to see God when we look at our own lives, there is also the strife of war, disease and hunger that plagues our world. There are times that we catch a glimpse of God's grace, yet again and again we are also faced with realities that call to question the truth of the word, Emmanuel. We are tempted to wonder whether God is really with us. 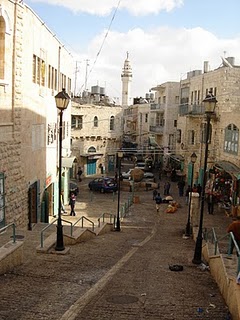 Here is something to consider with regard to that: Two thousand years ago there was pain, sin and strife in the world, yet this did not preclude Christ from entering into it. In truth it was at the heart of why Christ entered into the world. It is the same for our world in its present form. The brokenness of our present world does not reclude God from being with us here and now or wherever we might be, whatever we might be doing. Sin and strife do not keep God out.
The other thing to consider is that when Christ entered into the world He did not make the lives of those He encountered perfect. Mary and Joseph's lives did not become easier,; they became complicated and confusing, and yet they were profoundly aware that God was with them. The Apostles were called and commissioned. That did not free them from struggle or hardship, yet they drew strength from the awareness of God's presence in their life and work. The poor were not relieved of their poverty, the widow and orphan did not regain their husband or parent, but they came to know of God's presence and compassion. There were healings, sins were forgiven and the dead were raised to life, but it did not completely remove suffering, sin or death – yet it was known that God was with His people. 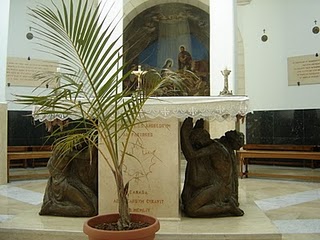