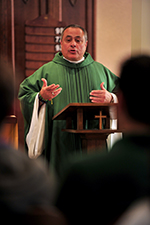 Ever since I learned that Pope Francis would make an apostolic journey to the United States, I set as a goal to meet him. I didn't care what city --- DC, New York, or Philadelphia. I just wanted to meet him.

Months ago I began contacting friends who might be able to help me get a ticket to one of the events. A priest that I know is in charge of the Mass to be held at Madison Square Garden in New York City. I told him that I would begin practicing to be the lectern, if necessary, and I could meet the Pope when he preached from the lectern! Through a friend I was able to get a ticket to the Mass of Canonization. The ticket arrived on September 15, the Feast of Our Lady of Sorrows, the patronal feast of the Congregation of Holy Cross. I had my "speech" all prepared if I had the chance to meet the Holy Father. "Santo Padre, yo te amo. Y te doy muchas gracias por todo lo que estas haciendo por la Iglesia y por el mundo."

Today I had the great privilege of concelebrating the Mass of Canonization of Junipero Serra. The Holy Father presided. When I arrived at the National Shrine in DC, the desire to meet Pope Francis personally began to fade away. While I would have liked to have met him, I was simply grateful, so grateful to see him and to concelebrate a Mass that he would preside. And I wanted to listen closely to his homily. 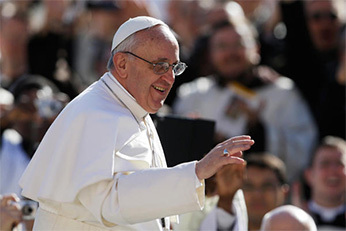 I loved his homily. I was not disappointed. The "mercy Pope" is really a man of mercy. He spoke so beautifully in Spanish reminding us that darkness and error and sin never have the last word when it comes to God. What has the last word is the "oil of hope." He used that phrase several times and when he did, he moved his hand as though he were massaging someone with the oil of hope.

I took the subway from the National Shrine to the stop near the hotel where I am staying. The subway was filled with thousands of people who were coming from the Mass. When I walked from the subway to the hotel, many people asked me, "Did you see him?" The entire city seemed to be alive with Francis Frenzy. "Yes, I saw him," I was happy to say. 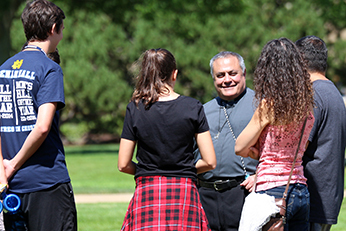 Pope Francis is a rock star like none other. Watching him in the Papal Parade was amazing. He has the unique ability to deflect all the adulation and praise and truly point to Our Lord. As he waves on the right and then on the left, it's clear that this is not about him. It's about God. He wants to draw peoples' attention and sights to God, not to him.

At the end of a beautiful day, I'm thinking to myself.I did not get to meet Pope Francis today. Far more important than meeting him, he helped me to better want to love his bossand my boss! In his person and in his words he encourages us to love God more and to be better messengers of his mercy. I can hear him saying, "It's not important that you meet me. I want you to meet Jesus, incarnation of God's mercy and love." 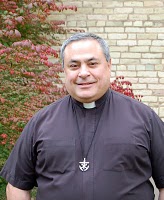 Fr. Joe Corpora, C.S.C. serves as a Director in the ACE program at the University of Notre Dame, where he is also an alum. He served for 20 years as a pastor, many of those in a parish with a 90% hispanic population. He is tireless in his work pursuing Catholic academic opportunities for all. Fr. Joe is a native of Easton, Pennsylvania