Final Reflections on my Year in Monterrey

Final Reflections on my Year in Monterrey

It is certainly hard to believe that my year in Monterrey has come to an end. Certainly for me it was a year unlike any other, as I suppose would be expected when leaving the familiarity of your own culture and entering a completely new one. In this final blog about my experiences in La Luz Parish in Monterrey, Mexico, I want to share some reflections of what this year has taught me, or more precisely, what the people of this culture have taught me. 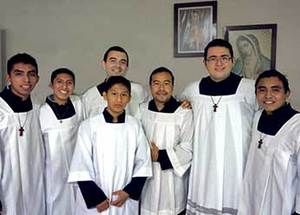 I think first and foremost for me was what I learned about the faith. Certainly one of the goals we are trying to reach in our spiritual journeys is recognize the presence of God in every moment of our lives. What struck me about the people of Mexico is that faith is interwoven into the very fabric of their lives. The sense of the reality of the Catholic faith in Mexico is much different than our own. Ever since the arrival of the Spaniards in the 16th century, the country has been predominantly Catholic and so the faith became very important in daily life. Certainly there is the devotion to Our Lady of Guadalupe, and one would be hard pressed not to find a statue or an altar of Our Mother in the homes of all the people. But stemming from that love and devotion to Mary is a spirituality centered on trust and confidence in God. I cannot tell you how many times I heard something like, "I'll see you tomorrow, but only if God wants" or "I should be able to cook dinner for my family tonight, but first and foremost God." These certainly are not throw-away lines that the people insert into their speech; they truly and fervently believe them. Even as something small as seeing someone again the next day or preparing a meal for the family are not things they take for grantedthey are things that they will only do if God wills it. The people see themselves not as individuals that run their own lives, but a community that is under the direction of the will of God. There is great confidence in this will, that God will certainly lead them to do the things that He wants, and so by completing even what may seem the smallest and most ordinary of tasks, they are indeed pleasing God and conforming to His designs. I saw this as remarkable as someone coming from a society that is often focused on the individual will and lack of trust in the other. These examples have challenged me to see the face of God more in my daily activities, no matter now insignificant I might deem them, and put myself more in line with the will of God in my life.

Another thing that really impacted me was the focus and importance on human relationships and community. Being at a parish as large as La Luz is (almost 40,000 people) I thought that there would be a lot of different groups and separation among the people. Practically speaking, it's hard to unify such a large population. But I immediately saw that this parish is really like a big family. Everyone does know everyone and welcomes them into his or her family. Time with family and friends rates only second to faith among the peopletheir understanding of faith community is simply astounding. I was welcomed into so many groups and families during the course of the year and whenever I arrived, it was evident that nothingneither work, school, daily occupations, whatever, was more important than that time together and the building of these relationships. Coming from a culture often focused on ourselves and our accomplishments, it was powerful for me to be a witness to an outlook on life that saw the group, the building up of the Body of Christ, as the most essential and life-giving aspect of their lives. 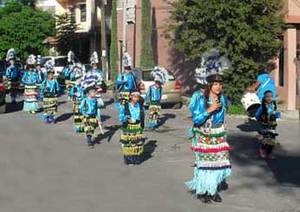 Finally, I certainly learned a lot about life in my short time with these people. Life for the people of Mexico does not come down to making a lot of money, having a lot of success, being involved in a slew of networks or being well-known. Life boils down to the simple things. It is the joy of knowing that there is a rich Catholic faith that envelops their lives; it is the simple gesture of sharing a smile with someone as he or she is walking down the street; it is the act of sharing the food that you spent hours preparing with what you see as your extended family in the parish; it going out of your way to help a dear friend who is seriously sick and all alone; it is to literally give another person the sweater off your back because that person just said he or she liked it; it is to be surrounded by your many loved ones sharing the laughs and joys of their common life. In each of these gestures and outlooks on life I witnessed something more than simply the act of good deeds or spending time with people that are dear to them. I truly got the sense that these people had found something special; that for them, although they lacked so much and had many sufferings, they had found happiness, they had found peace, they had found satisfaction in their lives. It was a great reminder to me that the joy of life does not come from what our culture tells us: money, power and fame, but it comes from simpler things, things that touch the core of our hearts and bring us to a great satisfaction, a great peace. 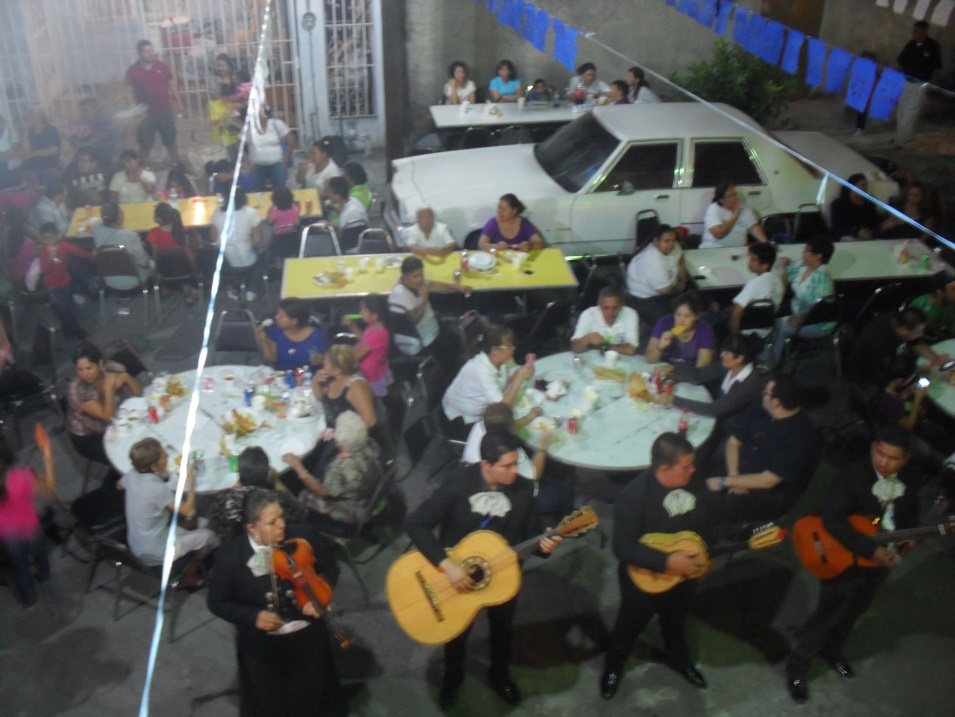 After finishing this year I am now able to look at a line in our Constitutions in a new way: "...we find that we ourselves stand to learn much from those whom we are called to teach." (16) I had much to learn from this beautiful people, more than I had ever imagined. I feel blessed to have had this opportunity to step out of my own context and comfort zone to experience that of another, for I know that as I step into my own culture once again, I come as a different person with a different perspective on life; one that will undoubtedly carry me for many years to come.

Mr. Ryan Pietrocarlo, C.S.C., will soon return to his home at Moreau Seminary after completing a pastoral year in Monterrey, Mexico. Ryan graduated from Notre Dame with an undergraduate degree in biochemistry prior to entering into formation with Holy Cross. He is originally from East Rochester, New York.