I spent this past summer serving in Le Mans, France at the Shrine of Blessed Basil Moreau and at the parish of Notre Dame de Sainte-Croix. This summer was simply put magnifique. My ministry included assisting at the shrine doing research about the Congregation of Holy Cross in Le Mans and throughout the world. For example, I researched the biographies of the brothers and priests who died outside of France. In addition to research, I hosted pilgrims to the shrine, gave them tours, and assisted with the creation of a website for the Shrine. My ministry for the parish was creating a booklet of funeral hymns for families to use as they are planning for the funeral of a loved one. While those tasks were good, the most important part of the summer for me was walking in those places that Moreau knew. 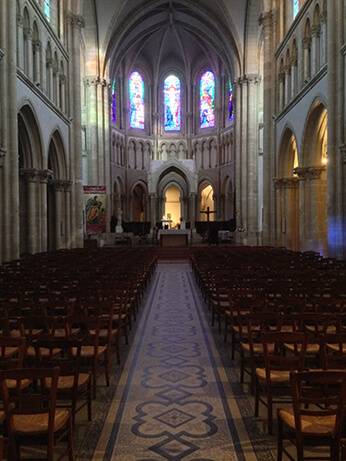 This happened in two ways during this summer. The first was my participation in an International Session about the spirituality of the Congregation of Holy Cross. This session was hosted by the Marianites of Holy Cross, at the Solitude, the former novitiate for the priests of the Congregation. Currently it is a retirement home for the Marianites. Attending this session were brothers, priests, sisters and lay collaborators from every continent where we serve. We travelled to important places in Moreau's lifehis birthplace, his home parish, La Grande Trappe (the location where the Auxiliary Priests first wrote a rule), and most importantly the Conventual Church. Building this church was one of the happiest occasions in Fr. Moreau's life. I walked and saw the same places that Basil Moreau saw. While I visited those places I could not shake the feeling that I was going where a great man had gone before me. 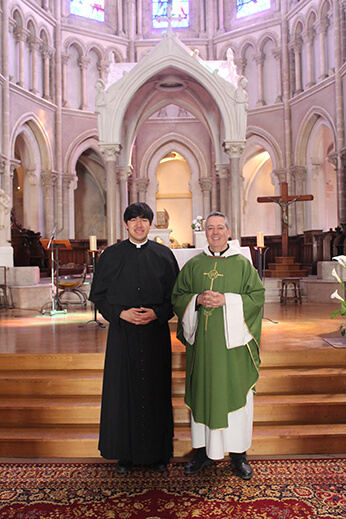 The second way I followed in Moreau's footsteps was less direct. I was in the same city he had walked almost two centuries earlier. I saw the same cathedral he saw. I prayed in the same churches he prayed in. I renewed my vows during a Sunday Mass in the Shrine where the body of Blessed Basil Moreau rests. Every Saturday we had Mass around his tomb. All of those events added to a sense that I was following behind a great band of men that had gone before me. My research also fueled this same sense in me. 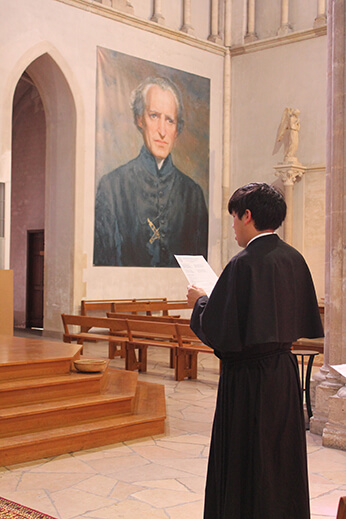 That sense of following in the footsteps of Basil Moreau has refreshed my call to the Congregation of Holy Cross. Through my reflection and prayer on this summer I have realized more deeply how the task of making God known, loved and served continues today. Seeing the grandeur of the conventual church compared to the circumstances and hardships of our founding made me realize that it took more than just human efforts. As Moreau wrote, "Holy Cross is not a human work, but God's very own."

Vincent Nguyen is in his second year oftemporary profession with the Congregation of Holy Cross. He and his brother seminarians are gearing up to return to their studies as Master's of Divinity students at the University of Notre Dame. Vincent entered formation with Holy Cross through the Old College undergraduate seminary program in the fall of 2010. He is originally from Warner Robins, Georgia.