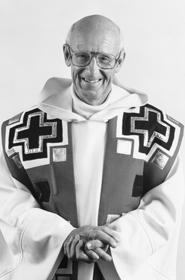 Father Leroy Clementich was born in 1924 on a ranch in North Dakota, the oldest of eight children. His eight years of primary education were in a one-room country school; the total enrollment was twenty-five.

His first impulse to become a priest came from his mother. One day as they were milking cows, she said to him that he would be going to a Catholic high school in Minot, North Dakota, because she wanted him to be a priest. It was something he had never thought about.

At St. Leo's High School in Minot, he got to know the parish priests, one of whom was the football coach. "Clem", as he came to be known, was living in a boarding house and started going to daily Mass because he was attracted to things spiritual. 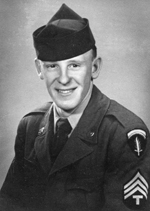 He graduated from high school in 1945, joined the Army and was sent to Germany. Posted to a barracks in Berlin, he again started going to daily Mass at the base chapel. The chaplain was Fr. Maury Powers, C.S.C., and he invited Clem to become his chaplain's assistant. Although they had never spoken about priesthood, when he was ready to be discharged and go back to the United States, Fr. Powers told him that if ever he thought of being a priest, he should contact Fr. John Wilson, C.S.C., at the University of Notre Dame. After working for a year in Minneapolis, Clem called Fr. Wilson and ended up applying to the Congregation of Holy Cross.

Ordained in 1957, Fr. Clem has had a variety of assignments: six years teaching high school in Chicago and three years teaching at the University of Portland in Oregon, a degree in theology from Union Theological Seminary in New York, a year of studies at the Vatican II Institute in Belgium, a summer study in liturgy at the University of Notre Dame, campus ministry for twelve years at St. Edward's University in Texas, nine years as a pastor in Colorado Springs, and 15 years of parish work in the archdiocese of Anchorage, Alaska. He retired to Holy Cross House, Notre Dame, in 2008. 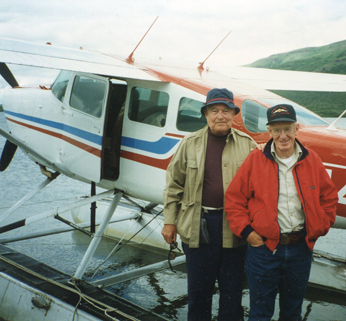 Looking back over his life, Fr. Clem sometimes wonders whether everything that happened to him was by grace or by accident, not only on his road to ordination, but also in the assignments that he has had in his 54 years as a priest. In the words of the dying priest in Bernanos' Diary of a Country Priest, he is inclined to believe that "grace is everywhere." 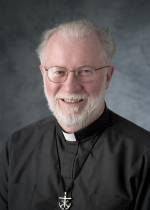 Fr. James Connelly, C.S.C., is the Superior of Holy Cross House, the medical care for facility for Holy Cross priests and brothers of the United States Province. Along with Fr. Nick Ayo, C.S.C., he profiles some of the heroes in Holy Cross for the Spes Unica blog. Learn more about our heroes in Holy Cross, including our blessed founder and our first canonized saint.