Further Up and Further In

Further Up and Further In

C.S. Lewis is one of the most beloved Christian authors in the English language of the past century, and countless people have found his writing edifying and encouraging to their faith. Even though he was not a Catholic, the vast majority of his writing and thought can be helpful to a Catholic audiencesome have described him as a "gateway drug to Chesterton!"

Lewis has always been one of my own favorite authors, and his Chronicles of Narnia series one of my favorite works of literature, even though they are ostensibly written for children. Recently I had the opportunity to present at a "Theology on Tap" session here in South Bend on the topic, "C.S. Lewis and Eschatology."

What is "Eschatology?" It is an intimidating-word about a set of basic Catholic teachingsones which we point to every time we recite the Creed at Mass. Eschatology is the study of "the end," the final goal toward which creation is headed. Classically it has been referred to by the shorthand, "The Four Last Things," though I think it is more helpful to think of them as six: death, judgment, the Second Coming, Hell, Purgatory, and Heaven. These are the "last things" that humanity will encounter when each of us stands before the Merciful Judge, Jesus Christ, at the end of each of our lives and at the end of the whole world.

C.S. Lewis was able to describe these things in a way that children could understand and not be merely terrified of them. The last (depending on how one counts) book of the Chronicles is The Last Battle, and it contains a magnificent rendition of a very Christian understanding of judgment and heaven, as each creature, especially the Talking Animals, stand face to face with Aslan, the Great Lion who is the savior of their world. The Animals who look on Aslan with love get to pass into Aslan's Country, but those who look into his face with hate or selfishness are turned away. It is each individual's own choice which is ratified by Aslan's judgment, not Aslan deciding their fates on his whim. 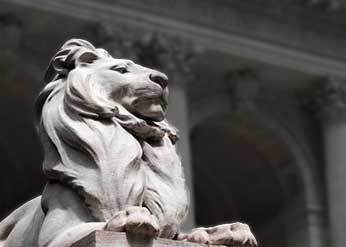 In these last days of Ordinary Time, The Last Battle would be a very fitting meditation for each of us. One day each of us will stand before Jesus and he will ratify our choiceseither for him or against himby declaring his judgment. We cannot earn anything from him, but we trust that He is merciful, and that if we have striven to serve him, even though imperfectly, he will find love for Him in our eyes and will invite us into eternal rest and peace.

Fr. Jarrod Waugh, CSC, is the Associate Director of the Office of Vocations for the U.S. Province of Priests and Brothers. He was ordained in 2013 and currently resides in Dillon Hall, on the campus of the University of Notre Dame.