After sharing with us last month how he was drawn by God to be a missionary, Fr. Don Fetters, C.S.C., our correspondent in Peru, has checked in with his second post. It is a beautiful reflection that gets at one of the cores of our charism as Holy Cross priests and brothers. 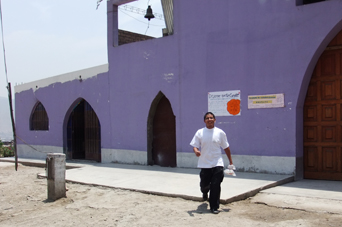 On a number of occasions our diocesan bishop has remarked that our parish, El Señor de la Esperanza, could be a dioceses unto itself. It's one of the largest in the country and is made up of 19 chapel communities, where every Sunday one or two Masses or a liturgy led by one of the parish lay ministers is celebrated. One of those communities known as Señor de los Milagros (Lord of Miracles) is just a 10 minute walk up-hill from the formation house in Canto Grande.

A couple of Sundays ago, it was my turn to hike up to that chapel and celebrate the Mass with the local community. On the way up, about 20 minutes before Mass, I passed a man I didn't know coming down the hill. As he approached he greeted me with Buenos días vecino ("Good morning neighbor"). Now that brief encounter might not be much to take note of, but two things struck me about it. First of all, since he was coming down the hill and I was going up, he probably wasn't going to Mass. As disturbing as that thought was, I didn't dwell on it very long because what really struck me was the word vecino.

In the few years that I've been in Peru I've noticed that language here seems to be much more endearing than what we might expect in the United States, especially in encounters among apparent strangers. Visitors are called "amigos" at first sight, for example. But what struck me about this man's casual, spontaneous greeting was that it had placed me exactly where I wanted to be, here or anywhere else for that matter, in my life and ministry in Holy Cross—a neighbor. 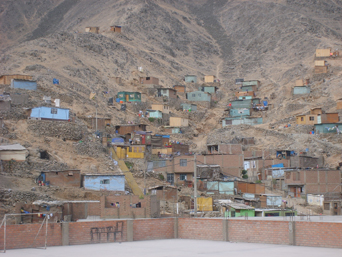 It is often remarked at community gatherings in Peru that what distinguishes us as a religious community is that we are neighbors to the people to whom and with whom we minister. We live with them; we don't come in to minister and return home. And we learn a lot being neighbors. I would suggest that, in fact, it is a common thread in Holy Cross, whether that be in university residence halls, rectories in the city, or the houses from where we provide services to the poor. 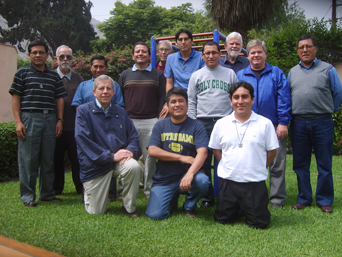 At the very end of the Constitution on Brotherhood in Holy Cross we set a goal for ourselves, like the goals that were set for the early Christian community at the beginning of Acts: to be "men who have, for love of their Lord, become closest neighbors, trustworthy friends, brothers." But clearly this brotherhood of ours is not just for us who live together in community. It's not just to make us feel loved and supported, even if that is an important goal in itself. It becomes how we live our life as "a sign in an alienated world."