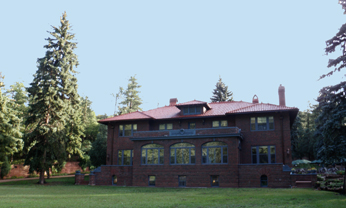 I spent most of Christmas Day 2009 in the Intensive Care Unit. I wasn't ill: it was my novitiate year, and each Wednesday my whole class would come down from our mountain top home to serve as volunteer chaplains at Penrose hospital in Colorado Springs. On Christmas Day, we took charge of the Spiritual Care department, so that the staff chaplains could spend the day with their families. We had celebrated Christmas as a nascent religious family at the Novitiate the night before: a wonderful expression of brotherhood and shared joy at Christ's nativity. We're a missionary community though, so I was glad that, refreshed by community celebration, we were going to go out the next day to be gift givers at Christmas. 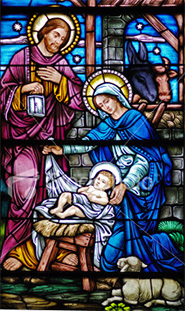 So, on Christmas Day, I heard no bells ring, but instead found myself surrounded by beeping machines. Attached to this sterile panel of instruments was a woman in her fifties. Around me sat her mother and her teenage son. Her husband was lying in our morgue. They had just returned from a funeral in Mexico for a young relative who had been caught in the crossfire between the narcos, and on the drive back from the airport had been hit by a car that ice-skated its way through a red light and into the side of their vehicle. We sat together for hours. I can't remember any of what I said now and I doubt if they can either. I do remember that we had a small communion service in the hospital room.

What I remember most clearly are the two conflicting convictions that flooded my heart as I sat in the chapel alone after being with them. One was: this is not God's will. A family ripped apart by violence, by tragedy, that created order turning on itself with destructive force, the devastation that made it look like sin and death were winning. This is not a world that could be looked at and called good. My heart revolted against what I had seen and heard.

The other was its opposite: this is God's will. That I was placed in this position to be present to this family, to talk, to sit, to pray, to share God's word and Christ's body: it felt so gut-wrenchingly right, like all my questions of vocational uncertainty melted in the presence of a ringing 'yes.' Yes, this was what God brought me here to do. This is what I must keep on doing. I felt at once profound peace and a tremendous drive to keep walking this path. 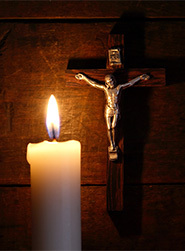 The gap between these two is the gap we inhabit in ministry: the gap between the world as it is in all its brokenness and the world as God wills it to be. We live on this precarious border between death and life, between anguish and hope, between sin and grace. We dare to go there because Christ was born there. God never gave up on our world, but was born into the midst of it, accepting even death itself. God Himself accepted the vulnerability of babyhood in a world which wounds the vulnerable. That's not a very cute Christmas sentiment, but it's the outlandish action of someone who loves perfectly. It's the action that carves out for us the space in which our ministry lives. It's the Lord Jesus calling: Come, follow me!

Deacon Adam Booth, C.S.C., professed his Final Vows to the Congregation of Holy Cross on September 7, 2013 and was ordained to the Diaconate the following day. Deacon Adam is spending his diaconate year serving at Holy Cross and St. Stanislaus Parish in South Bend, Ind.