To round out our monthly blog line-up, we are bringing back a series we started last year on some of the men in Holy Cross, living and deceased, who have paved the way for us in our mission and religious life. As our Constitutions state, "The footsteps of those men who called us to walk in their company left deep prints, as of men carrying heavy burdens. But they did not trudge; they strode. For they had the hope" (8:122).

Fr. James Connelly, C.S.C., the Superior of Holy Cross House, has signed on to contribute posts for us for another year. Joining him in introducing some of our Holy Cross Heroes to us will be Fr. Nicholas Ayo, C.S.C., a Professor Emeritus of the Program of Liberal Studies at the University of Notre Dame. 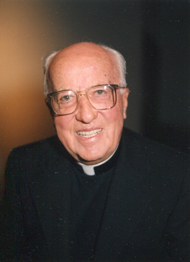 his month Fr. James introduces us to Fr. Ambrose Wheeler, C.S.C, who died this past month at Holy Cross House. Here is the story of how God worked through this Holy Cross Hero:

In 1968, Fr. Wheeler was asked to move to Notre Dame College in Dahka, Bangladesh, to replace the biology professor for a few years. Two years later, he was appointed the rector/president of the college. When the civil war between Pakistan and Bangladesh broke out in 1972, Amby Wheeler elected to stay on in dangerous times for the sake of continuity in the college administration. Eight years later, he returned to America.Father Ambrose Wheeler was born in County Tipperary, Ireland, in 1918. When he was eleven years old, his parents and he and his brothers and sisters emigrated to the United States and settled in Brooklyn, New York. His first encounter with the Congregation of Holy Cross came when he met Fr. Charles Young, a Holy Cross missionary. Later he visited Washington and the Holy Cross Foreign Mission Seminary. He had thought about becoming a priest even while still in Ireland and after that visit, he decided to join Holy Cross. 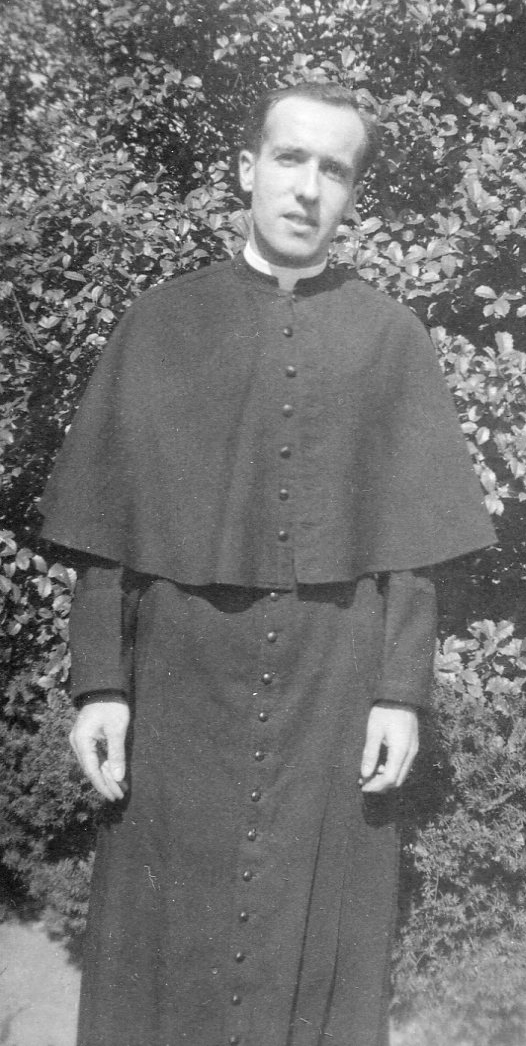 The young Irish immigrant travelled to the Indiana prairie to enter Holy Cross Seminary, a high school program, at the University of Notre Dame in 1935. After a year in the novitiate, his college years at Moreau Seminary, Notre Dame, and theological studies at Holy Cross College in Washington, Wheeler was ordained in 1947. He was assigned to prepare for a career in teaching and to study for a doctorate in biology, which he earned in 1952. He taught that subject for fourteen years at the University of Portland in Portland, Oregon, and was the founder of the University's Study Abroad Program in Salzburg, Austria, in 1964. 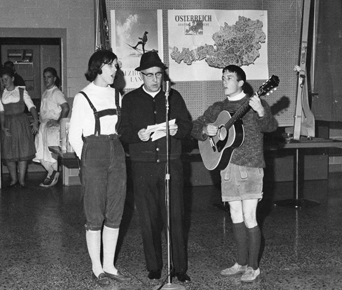 Perhaps it was his Irish charm, but Fr. Wheeler had a knack for bringing people together. In Portland he was the chaplain for the weekend skiers at Mount Hood and celebrated Mass for students and others before taking to the slopes himself. In Bangladesh, he risked arrest by giving local rebels a safe haven for the night at Notre Dame College. When the independence of Bangladesh was achieved, he helped found a program for orphan boys on the street that allowed them to earn a diploma at the college. As a high school chaplain in California, he took the place of an Irish pastor at Lake Tahoe while the pastor vacationed in Ireland. When the parish church proved to be too small for the crowd of Sunday worshippers, he started an outdoor Mass in one of the city parks that proved immensely popular. In all these endeavors he won many lifelong friends.

Plagued by blindness and other ailments in his later years, Fr. Wheeler moved to Holy Cross House at Notre Dame, the congregation's retirement and long term care facility. He died in July 2011 at age 92. Over a long lifetime of ministry, Amby Wheeler did ordinary things extraordinarily well.