Holy Cross Lake View: One of the Best Schools in Uganda

Holy Cross Lake View: One of the Best Schools in Uganda

Today we continue our week highlighting our Holy Cross mission in East Africa. Today we take a look at education as a part of that mission, focusing on Holy Cross Lake View, a secondary school founded by Holy Cross in Jinja, Uganda. Bro. Alan Harrod, C.S.C., a missionary to East Africa, shares the amazing story of the school with us. 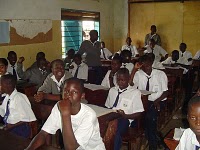 In 2002-2003, there was a Holy Cross Educational Commission formed by the General Administration of the Congregation of Holy Cross. I was privileged to be a part of that commission. There were many insights that came from the commission, and the one I will never forget is that wherever Holy Cross has been in the world, the congregation has tried to provide the best education for the greatest number of students at the most reasonable cost. We found that in North America, Asia, Latin America and Africa, our members have always tried to educate in the spirit of our founder, Blessed Basil Moreau. 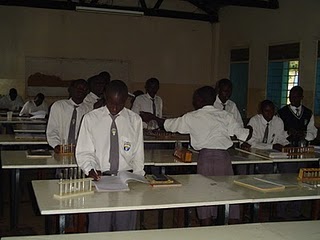 About 10 years before the commission was formed, some Holy Cross members in Jinja, Uganda, at Holy Cross Parish in Bugembe felt that there was need for a secondary school to provide a quality Catholic education for the young people living within the boundaries of the parish. The late Fr. Bob Hesse, CSC, and former Bro. Paul Kasande, CSC, were among those who felt there needed to be a school to provide for the students from our area who needed a good secondary education but couldn't afford the fees at some other nearby schools.
With Sr. Mary Louise Wahler, CSC, as the founding headmistress, Holy Cross Lake View was born. The buildings then (as now) were modest. The students were modest also in their academic background and in their financial status. Nevertheless, when the students of Lake View first sat for the Uganda National Examinations, they ranked among the best 50 schools in the whole country! The reasons were the determination of the teaching staff under Sr. Mary Louise and the determination of the young people to excel. 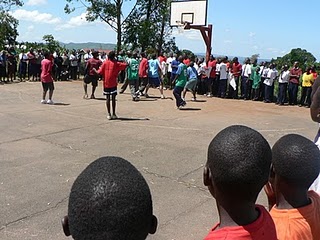 We strive to encourage all students to do their very best academically, and at the same time to develop into the full persons they are called by God to be. Blessed Father Moreau frequently spoke of forming minds and hearts of young people. To Blessed Moreau, education was much more than just success in academics, important as that is.
For example, on October 16, 2009, 39 students were confirmed in the Catholic faith. Shortly before that, nine of that number were baptized, and others were brought into the Church and received their First Holy Communion. This shows how the Catholic character of the school and the campus ministry team have had a great influence on the faith of the students at Lake View.
While Holy Cross Lake View is a Catholic school, nobody of any other faith is excluded. There are many Protestants and Muslims in the school. They are encouraged to practice their faith and are invited on special occasions to join with the Catholic community for prayers and always to be part of the school community.
Holy Cross Lake View is a Catholic school in the tradition of Blessed Moreau, and it endeavors to encourage the young people who come to become the very best people they can be. It has been a joy to be share in that mission.