I Still Haven't Found What I'm Looking For

I Still Haven't Found What I'm Looking For 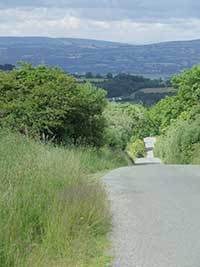 Fans of "U2" will recognize these words as the title of a song proclaiming the great desire that drives each individual person toward something extraordinary. Within the lyrics is the image of the pilgrim who trudges on toward Kingdom come. I first listened to this song while an idle student studying abroad at Queen's University Belfast in the spring of 2013. This song really sums up my experience in college and abroad because, after all that, I still had not found what I was seeking.

I saw a quote in the most recent issue of CHOICES, in one of my classmate's profiles, which said, "God's answer for us in life is always 'yes,' and it is up to us to discover the right question." Ah! There it was - the short sentence that would describe my entire discernment. What I am looking for is "the right question." I was not always keen on asking the question of vocation to priesthood or religious life. The running joke at home is that I am the "family tithe" the fifth son who gets handed over to the Church. Eventually, though, I recognized that my desire to discern was real. Soon afterward, I discovered that the only place I could truly discern was in the seminary. I trusted that other people in formation would understand what I was feeling, thinking, wanting and hoping for; even when I did not. 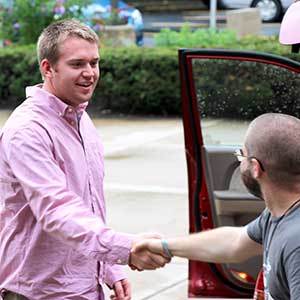 Sharing with the other seminarians in prayer, meals, and leisure is what I looked forward to the most. When I moved in to Moreau Seminary five weeks ago I was very excited joyful even! I had waited for several months to finally make the trip from Northeastern Pennsylvania. At King's College, I met priests and brothers of the Congregation of Holy Cross who were unlike any priests or brothers I had ever known. When I was growing up, the priests I knew were always friends of my parents. But these priests and brothers at King's became my friends.

I made my move to Moreau with the hope of finding that sense of friendship I had already developed with the religious at King's. It was also in the hope that I would discover the Way to Life that motivates them a Way that would provide some relief to my spiritual hopes. In Hebrews 11, we are given an image of "strangers in a foreign land" who welcome the promises of God "from a distance." This is the image I stick with when discussing formation.

One of the most profound moments in my brief time as a Postulant came early on when the new Old Collegians were receiving their crosses. The older seminarians led us on a "pilgrimage" from the Log Chapel to the Grotto. This brief journey left an impression on me because it became clear that I had stepped into a very different world. 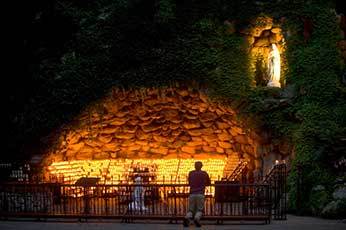 I admit, after a long enough time I will catch myself getting comfortable in my routine. I get up, go to Mass and morning prayer, class, homework, and evening prayer depending on the day. Maybe because I have just come from senior year of college, my temptation is switching on "cruise control." Recently, though, the Postulants went on our first retreat for a weekend. I was reminded during that weekend that it would be easy for me to slip into idleness in my discernment. It would be simple to treat this year as a gap-year or a fifth year of college. I have been reminded that life in formation is about taking the opportunity to move closer to God in a particular way through discovering the right questions.

It seems to me that a life of discernment is like a long pilgrimage. The trek will be extensive and sometimes rough "for the gate is narrow and the road is hard that leads to life." The right question might remain elusive. However, the simple recognition that there is a still unknown question is a good place to start. We are blessed to have companions along our way in our classmates, the temporarily-professed, and our formation staff.

The best way I could conclude this reflection is a reading from the Holy Cross Constitution No. 8, "The footsteps of those men who called us to walk in their company left deep prints, as of men carrying heavy burdens. But they did not trudge; they strode. For they had the hope.

Mr. Robert Yanik is a Postulant at Moreau Seminary. He and his classmates arrived on campus in August of 2014. Robert is originally from Dallas, Pennsylvania. The postulants regularly contribute to the Spes Unica Blog, sharing their life and experiences in the community.Learn more about the seminary and formation in the Congregation of Holy Cross on our website.