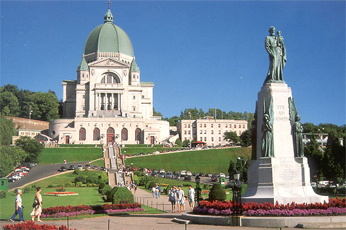 St. Joseph was named the "Patron of the Universal Church" by Pope Pius IX in 1870, and in the powerful Litany of St. Joseph—which can be prayed anywhere, but especially beautifully in the crypt grottoes of St. Joseph's Oratory—he is given striking titles: Glory of Family Life, Patron of the Dying, Terror of the Demons. Innumerable miracles have been attributed to his intercession over the course of time, not the least of which are the healings procured through the advice and prayers of St. Andre Bessette, who laid all his petitions at Joseph's feet. Still, what is it about this man that has evoked such great admiration, hope, and trust in Divine protection? What great works did he accomplish during his life on earth?
One of the most fascinating things, to me, about St. Joseph is that the Scriptures do not record any great miracle or sign that he performed, nor even any words he spoke. The most dramatic supernatural events in his life seem to have occurred while he was asleep, as angels shared messages from God, in order to ease his worries about Mary's pregnancy and to warn him when to move his family in order to keep them safe. In this way it could be claimed that the greatest miracle of Joseph was his success in protecting and providing for his family, for his wife and adopted child, in the midst of an often-hostile world.
Imagine how terrified the Blessed Mother and St. Joseph must have been as they slipped out of the city just before the Massacre of the Innocents caught them. Imagine the uncertainty that must have gripped his chaste heart as he looked for work in a foreign land, seeking to ply his trade or at least do something, anything, to provide food and shelter for his loved ones. 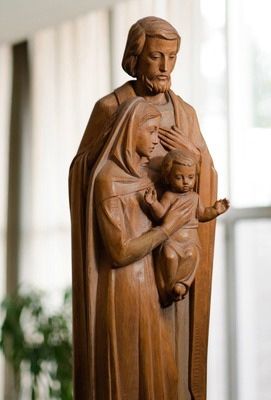 St. Joseph rightly is named the Patron of Family Life, and perhaps his greatest miracle was to raise and keep his family safe. This was no small feat at the time, and it is no small feat now. Perhaps few families who pray to him worry about the authorities seeking to end the life of their child—but then again, we do not always live in so civilized an age as we might like to imagine.

There are all sorts of challenges and threats to the healthy and holy upbringing of children today. In the lives of families I have known, in the lives of the families I meet in the parish where I live, I learn that it still takes Divine protection to reach that goal. Just as St. Joseph sought, raising a family is an aching, joy-filled, ordinary miracle. His last act of trust, tradition teaches us, was to finally place Mary and Jesus in God's loving care as he lay on his death-bed. He would no longer be there to physically provide for them, but he knew that God's will would be done, even if he would not be there to protect them. Giving children everything they need to grow "in wisdom and in stature," to grow in the life of faith, is a miracle no less impressive than multiplying loaves. This was St. Joseph's greatest work. He made Jesus ruler of his house, and master of all his possessions.

Fr. Jarrod Waugh, C.S.C., is the Associate Director of the Office of Vocations, and resides at Christ the King Parish in South Bend, Ind. He grew up in rural Southeastern Kansas and attended Notre Dame as an undergraduate. He was ordained to the priesthood last April.