Looking Back, Looking Ahead

Looking Back, Looking Ahead

As I look back on the last year, all I can say is that is has been an adventure. A year ago I arrived at St. Ignatius Martyr Catholic Church looking forward to getting involved in active ministry. I didn't know what to expect from my experience at the parish. What I received during my year was many blessings and many wonderful relationships that I will take with me wherever the Lord calls me. The people of St. Ignatius helped form me into the priest I am becoming. 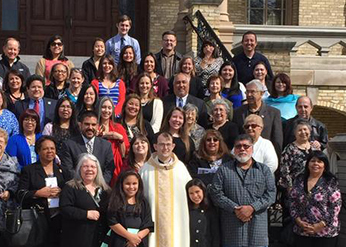 I had many wonderful experiences over the past year. First, in professing Final Vows in the Congregation of Holy Cross and in being ordained a transitional Deacon alongside my five brothers in Holy Cross whom I had walked with over the last 6 years. Then later, being ordained a Priest in April in the midst of my brothers in Holy Cross, as well as numerous family and friends. Also, in attendance were 75 parishioners who had made the trip from Austin to attend my Ordination. It was a beautiful collision of worlds in that moment and it was the best day of my life. 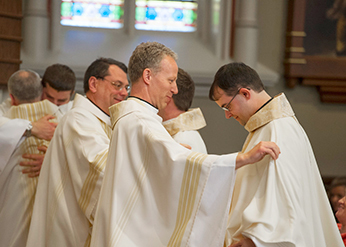 In March, I received a call from the Provincial Office in South Bend, in which Fr. Rick Wilkinson, one of our assistant provincials, asked me to consider a move to St. Joe Parish in South Bend. He asked me to pray and think about it and that he would get back to me in a couple of days. There were so many thoughts and emotions going through me in that moment. I had so many great experiences at St. Ignatius and had met so many fantastic people. But, it was becoming clear to me that God had set forth another path, a new journey, for my religious life in Holy Cross. So I accepted the assignment to St. Joe Parish very graciously and looked forward to the new ministry to come. 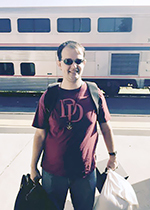 I arrived at St. Joe about a month ago and have been blessed to meet many amazing people who have welcomed me with open arms into the parish community. But, I won't say that the transition has been easy. It has been difficult to leave a place where I felt very comfortable to enter a new place that is somewhat foreign, where I am still trying to find my place. But, the one constant, the one experience that has helped me through the transition has been in celebrating the holy sacrifice of the Mass. 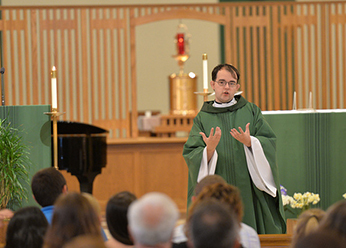 While, there are many changes and new people in my life, the one constant has been the Mass. The Mass is the same here in Indiana as it was in Texas as it is the same wherever you are in the world. That is the beauty of the Mass! Sure there are differences in the various movements of who stands where for Communion, but the liturgical rite of the Mass is the same. I have found great strength in this reality and it has helped me move through the transition to a place where I am becoming more comfortable in my surroundings. I look forward to my experiences here at St. Joe and have no doubt that God will bless me in many new ways as I minister to His people.

Fr. Dan Ponisciak, C.S.C., took his Final Vows with the Congregation of Holy Cross in the fall of 2014, and was Ordained a priest in the spring of 2015. He was assigned to St. Ignatius Catholic Parish in Austin, Texas during his transitional Diaconate. He was recently re-assigned to St. Joseph Parish in South Bend, Indiana. Fr. Dan is originally from Philadelphia, Pennsylvania.