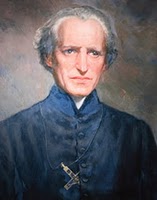 Some time ago, people who were marketing retail products made an ingenious move in deciding to use celebrities and the image that comes with them to help sell their products. As a result, we can buy Jordans and LeBrons or the same perfume as Jennifer Lawrence, perhaps even a Justin Bieber toothbrush. The genius here is that we desire to be like those we look up to. This is a very natural, human impulse. It is an impulse that plays out with parents, grandparents, siblings, mentors, not to mention movie stars, baseball players, singers This at times gives me pause at who our culture encourages us to look to or even make idols of. It brings me pause because this tendency to look to our role-models doesn't just involve what products to buy, it also impacts behaviors and values as well. Should we be looking to star-studded celebrities for all of these things, too? That is not my battle to fight here. What I would like to illuminate, rather, is how in the same way that our admiration for someone can be exploited, looking up to someone and learning from them and following their witness can be a path to the good; a path to wholeness, and even to a deeper relationship with God. I would like to highlight the positive model of faith that I have been able to encounter recently in the person of Blessed Father Basil Anthony Moreau, founder of the Congregation of Holy Cross. 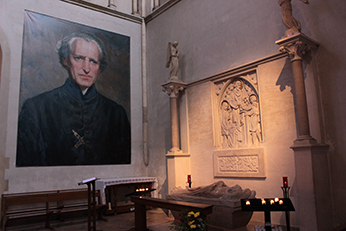 Let me provide two elements of context: First, I have been around the University of Notre Dame for 9 years now and have had the pleasure of living with, studying with, and working with numerous members of the Congregation of Holy Cross. Many of them are now dear friends and colleagues in my work in Campus Ministry. To put it simply, I admire them. And, in coming to know them and know who they are, I have come to admire the spirituality that lies at their foundation, heavily influenced by Basil Moreau. In coming to learn more about Moreau, I see how influential he has been to the foundation of the environment I have come to love so dearly. Second, my wife and I were recently blessed to find out that we are expecting a child. This will prove important later. 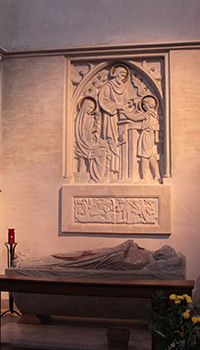 Now, to the action: I was gifted the opportunity to be able to go to Le Mans, France, to the Shrine of Basil Moreau and various other locales in that country. With 19 fellow pilgrims, we made our way over the ocean to encounter Moreau and discover how his life and his legacy can enrich our work in the Student Affairs division of the university. It was an incredible trip filled with great experiences, amazing companions, devout leadership, and, I cannot forget, some wonderful food and drink. Despite being able to walk to boulevards of Paris, climb the tower of Sacre-Cur, and to celebrate the Mass in the ancient crypt at the cathedral in Chartres, the most impactful moments for me on our pilgrimage were spent at the tomb of Father Moreau. To bring back our analogy using celebrities, there's something special about encountering them in person. It is this same notion, but on a deeper level I would argue, that makes the IncarnationGod becoming humanand the Real Presence of the Eucharist so amazing. To be there at the tomb of Moreau and to pray there knowing he was also praying for me was incredible. Mostly, my prayer was a prayer of gratitude. It was a chance to thank God for this man's life who has had an incredible impact, almost two centuries, later on a kid from Toledo, Ohio. This French priest faithfully followed his call, through joy and sorrow, and as a result of the grace of God and the Holy Spirit, has shaped the people who have formed me to be who I am. It was in this moment of gratitude and vulnerability that I looked to Moreau as a guide. It is there above Moreau's tomb that I found his inspiration to me, the "product" he was pointing me towards.

I am not a vowed member of the Congregation of Holy Cross, yet, I have felt this love and this hospitality from being with them. I have felt it being a part of their institutions. This is no accident and this is also my inspiration in working alongside them. As I figure out what it's like to have a new member of my family, I will also seek to create and shape a space where people feel welcome in the larger family of Christ. Together, as family, we are stronger than we are alone. We are able to do more and to do it more faithfully. We are able to be more and to be that more faithfully. 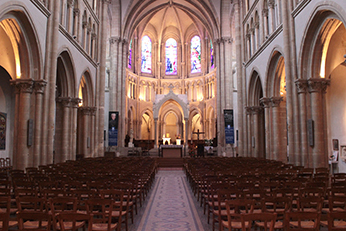 I am extremely grateful for the life of Blessed Basil Moreau and for the model he has been and will continue to be to me. I know he isn't the first one to look to the Holy Family and he won't be the last, but I am grateful to him for pointing me in that direction and for being a spiritual role-model. May his life and the life of all of the brothers, sisters, and priests that are a part of his religious family continue to be an inspiration to us all. Blessed Basil Moreau, pray for us. 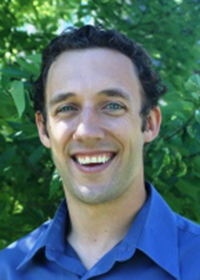 Mr. Mike Urbaniak is Program Director for the Anchor Leadership Program and Special Projectsin the Notre Dame Office of Campus Ministry. Mike earned a bachelor's degree in Theology in 2010 before going on to complete his Master of Divinity degree. He is originally from Avon, Ohio.