Pilgrimage to Rome: The Final Days

Pilgrimage to Rome: The Final Days

Here is the last installment from our pilgrims to Rome, as reported by Andrew Solkshinitz. They are flying back today so please keep them in your prayers. 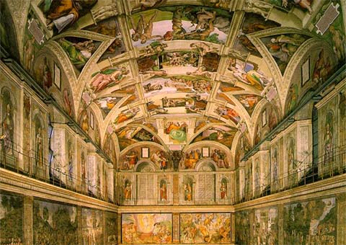 On Wednesday, we started this day quickly leaving to get in line at the Vatican Museum. Many of us decided to run ahead to enjoy the Sistine Chapel first and then scatter out to view the many different frescos and sculptures. The museum is not just filled with Christian artwork, but it includes Ancient Roman, Egyptian and Pagan artwork. The tour included the various "Pope mobiles" of the different eras. We were all inspired by the divine image that we viewed in the various artworks. 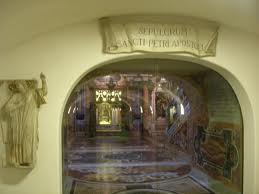 After grabbing a pizza for lunch we all met back together for the Scavi tour which takes us underneath Saint Peter's down to the old ruins. We saw the original city that Saint Peter's was built upon, although this city wasn't for the living: it was a necropolis. This pagan city was built to house tombs of wealthy families. Saint Peter was buried in a cheap tomb there, and Constantine wanted the original basilica to be built directly over the apostle. At the end of the tour we ended by saying the Apostle's Creed right next to the first pope's tomb. The night was spent in quiet reflection on the beginnings of our church. 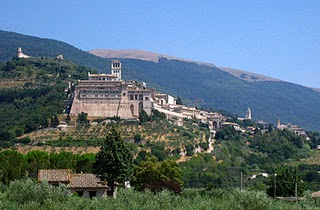 On Thursday, we took a train out to Assisi. Fr. Pete, Jeff, and I were blessed because on the train we sat next to a relative of Saint André. We met up with Fr. Michael Wurtz, C.S.C, in Assisi, and our first stop was in the Basilica that was built over Saint Francis's original chapel. The church also had the house where he passed away in. Then we took a bus up the hill and visited the actual old town of Assisi within the original walls. While we were there we got a chance to stop and see St. Francis's tomb, and we celebrated Mass in a chapel right next to where he was buried. We then venerated the incorrupt body of Saint Claire. Right next to her tomb were the original habits worn by Francis and Claire as well as some other of their personal items. Assisi was wonderful just to walk around and experience a different part of Italy, and since the town was built on the side of a mountain, we were able to see all over the valley. We finished the day up and took the train back to Rome where many of us went right to bed after the long day of prayers and devotions. 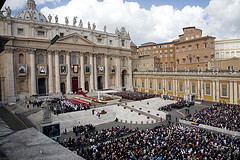 Today, Friday, was our free day and most of us spent it out shopping for loved ones back home. I got a little lost myself and was separated from the group, but I heard that many visited the coliseum to go inside while others visited more churches. After I found my bearings I made it back to the Vatican where I managed to find the rest of the group. We all got together with other Italians and went to Mass inside Saint Peters. We got there just in time to join three priests that work there as they celebrated Mass at the farthest altar in the back, which is the altar of the chair (of Saint Peter). We all had one last final meal together here in Roma and enjoyed the fine dining options. Our plane leaves at 9:00 tomorrow morning back for the states, but we all threw coins into the Trevi fountain … so we'll be back! Thank you again to all who made this trip possible and thank you for your prayers. God bless!