Over the eastern door of the Basilica of the Sacred Heart, a simple phrase is etched in the stone facade: "God, Country, Notre Dame." These four words carry the weight of a long and storied tradition in Holy Cross, one that has endured for over 175 years across several continents. But when I began my 12-week Chaplain Basic Officer Leader Course (CH-BOLC) this past summer in Fort Jackson, SC, I was struck by four similar words emblazoned on the walls of the Army Chaplain School: Pro Deo et Patria ("For God and Country"). 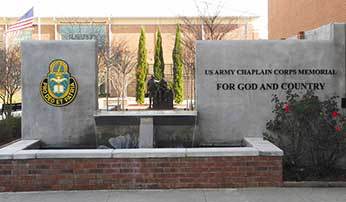 These four words, the motto of the U.S. Army Chaplain Corps, greeted me and my 68 classmates every morning for 12 weeks. Much like the words carved over the Basilica doors at Notre Dame, the Army Chaplain motto speaks to a tradition of faith and service that began in 1775 and lives on today. But it is also more than just a neat phrase; it is an exhortation to remember why we are following the call to Chaplaincy in the first place. Pope Francis stated that Chaplains are called to "accompany and support Soldiers and Families in their journey, being for all of them a consoling and fraternal presence." This includes comforting them with the Word of God and (for Catholics) offering them the grace of the Eucharist and of Reconciliation. 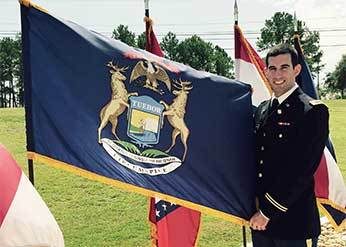 With Pro Deo et Patria emblazoned in my mind, I was constantly amazed and humbled by the witness of my fellow CH-BOLC students, who combined their deep faith with a passion for serving the men and women of the Army. As one of only a few Catholics in the entire class, I was blessed to become friends with students who were (to name only a few) Presbyterian, Mormon, Jewish, Baptist, and Anglican. One of my friends, an Eastern Orthodox priest, was also the Chief of Chaplains for the Serbian Army. Many of us attended his final Sunday liturgy at a local parish and then went to a restaurant for lunch; this prompted one of our members to joke, "A Catholic, three Mormons, a rabbi, an Orthodox priest, and an Anglican walk into a bar" 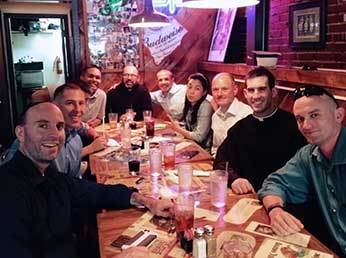 For me, my 12 weeks in CH-BOLC were eye-opening in my discernment of this "call within a call." Throughout the 4 A.M. daily wakeups for PT, long hours in the classroom, sweltering hot field exercises, and daily opportunities for prayer, I discovered the joy of training to serve God and country in a special way. Best of all, my identity as a Holy Cross religious was not stifled, but instead became even more crucial in guiding all my thoughts, prayers, words, and actions throughout training. My favorite memory from this summer occurred when I renewed my vows in front of several hundred Soldiers at Mass, including several of my classmates. Kneeling in my black habit amid a sea of tan and olive uniforms to profess poverty, chastity, and obedience is definitely an experience that I'll never forget! 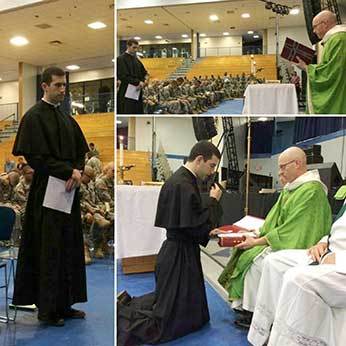 Whether we're in a massive Basilica, a tiny Midwest parish, or a dusty Army base, the mission of the Church and Holy Cross remains the same: to bring hope to those in need, comfort to those who are suffering, and new life in Christ to those who despair. Whatever God may call us to, let us strive to follow Blessed Basil Moreau's example of "preparing useful citizens for society, while likewise doing our utmost to prepare citizens for heaven." God, Country, Notre DamePro Deo et Patria!

Mr. Mike Palmer, C.S.C. is in his fourthyear of Temporary Vows with the Congregation of Holy Cross. Mikeservedas an Assistant Hall Director and Pastoral Internat the University of Portland.Hethenattended military chaplaincy training beforereturningto Notre Dame to finish his priestly formation.Mike is originally from Berkley, Michigan.