I've been really excited to be back in Moreau for the spring semester. I've been very surprised at how much I've settled into the community and the life of the seminary this year, but I was still caught a little off-guard at how excited I was to be back.

That excitement is still with me, but so too is a little uneasiness that has crept in for the first time since I moved in last fall. It's a weird kind of uneasy it hasn't come at the cost of any of my comfort or excitement to be starting another semester or back together with the other guys in the house, it's just kind of layered on top. So, naturally, I did what any good first-year seminarian would do I just shrugged and focused on all the positive things going on and tried to bury my uneasiness. 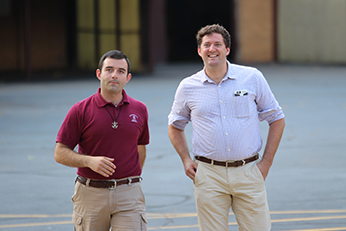 I mentioned this feeling to my spiritual director at our next regularly-scheduled meeting, and by then I had a pretty good idea of what was causing this unsettled feeling. It was definitely associated with our impending petitions for the Novitiate.

I should emphasize that this was not some deep moment of spiritual or vocational crisis. It had just been a little presence in the back of my head letting me know that in a few short weeks I'm going to have to comment on my first year of formation rather than just continue living it.

Have I grown in my spiritual life like I wanted? Have I maintained the friendships that I hoped to? Have I been as open as possible with my formators and spiritual director? Have I gotten the most out of this year to be as prepared as possible to go into the Novitiate?

My spiritual director's advice was simple, and it has borne much fruit. He suggested that I return to the places in my life where I have heard God's voice and experienced his presence in my life earlier in my discernment process.

A little background: it's certainly been a process. As a freshman at Notre Dame ten years ago, I had a conversation with my rector (which he had to remind me of this year) in which I voiced concern that I was being called to religious life but didn't want to be. From there, I didn't consciously engage this tug for at least six years. 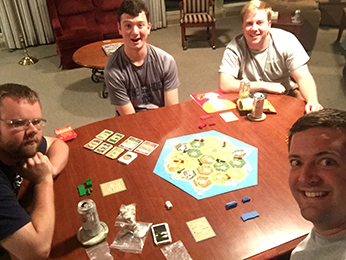 However, I did continue to put off my vision for my life in favor of opportunities that arose that I couldn't pass up (the former consisted of law school, working in a law firm, and big paychecks; the latter of becoming a teacher, working for Catholic schools, and not).

As I began to accept that the life I was living was far from what I continued to insist my vision for myself was and to recognize the joy it was bringing me I realized that I was clearly living someone else's plan for my life rather than my own (hint: God's).

Things snowballed and culminated at about this time last year, which, upon reflection after my director's advice, was a lot like where I am this year. Last year I had just returned from my busiest month of travel of the year (three continents, six countries) and was looking forward to a month that would see me apply for the Postulant Program. This month I've again returned from my busiest travel of the year (Texas for Christmas), and next month will see me make my petition for Novitiate.

So, what lessons did last year's Drew hold for me today? I thought back to the moment that I realized I needed to make my application. I was on a vocations pilgrimage in the birthplace of the Congregation of Holy Cross (Le Mans, France), and a speaker told us about a woman who was in love with the idea of women's religious life and just wished she was being called to it. 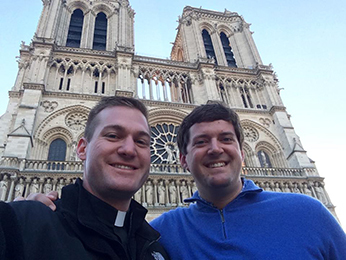 He responded to her, "You're right, you've read up on it, you've prayed on it, you've imagined yourself in that life. Now you just need to wait for the heavens to open so Our Lady can tell you you're being called to it."

In that moment, my whole approach to discernment was inverted. Rather than focusing on signs I wanted to receive but hadn't, I began to realize all the signs that I had received but ignored. At some point during this year, I settled back into my "deficit mindset" of discernment. I was waiting for some incredibly obvious sign to appear to tell me I'm ready for Novitiate.

Re-calibrating the way that I approached discernment this week enabled to think back to all the little signs that many of my have shown me over the past months. Countless times I've been told that I seem much more at peace (I am), that I'm less stressed and more patient (I think so), and several have even asked if I've lost weight (I haven't, but I'll take it!). 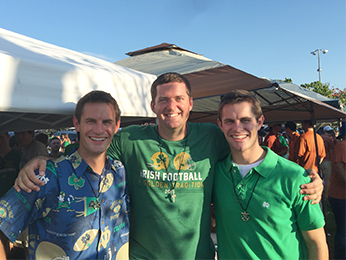 These little comments were easily overlooked at the time they were made, but that they have stuck in my memory over the course of the year, I know that they were clearly more significant than I realized at the time.

Observing the movements of the Spirit reminded me of a short video that I saw last fall. I realized that my last-year self would have identified very closely with the message, but I apparently failed to internalize the message then.

Recognizing these comments and conversations, and especially the interior disposition that they reflect, was vital to my taking the step to apply last year, and it has already helped me to rest more easily as the date of our petitions approach. 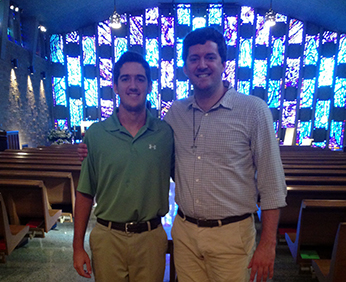 I don't know exactly what the Novitiate will hold for me, and I don't know if I'm ready (or even what it would look like to be ready), but as this year has progressed my excitement and sense of joy has only strengthened as I have re-calibrated my vision for my life to more closely represent the path my heart was leading me down before I realized it.

Just as I felt last year as I moved into the application process, I am just grateful for the people and signs that have been placed in my life to guide me along this path. My first prayer last February, when I sat in the chapel here at Moreau on my informal visit, was a prayer of thanks that God has been so patient with me over these years.

I have renewed that prayer, especially as we recently celebrated the Conversion of St Paul. Thishas highlighted for me yet again my gratitude for God's patience and generosity in granting me the grace I need to continually re-convert my deficit mindset approach to discernment!

Mr. Drew Clary is currently in his Postulant year at Moreau Seminary. Drew completed his master's degree in Education through the ACE program prior to entering formation. He is originally from Castroville, Texas.