The Faithfulness of St. Joseph

The Faithfulness of St. Joseph 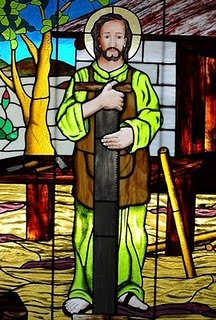 Out of all of the Saints, St. Joseph has always had a special place in my heart, he was always someone whom I saw as interesting because of the fact that we don't really know much about him. He was, in the view of a story, only a side character who had no lines but nonetheless was very important to the progression of the story of salvation. St. Joseph is a man who although has no words recorded in the Scriptures has taught the Church much and has had many people follow his example much like the Congregation's very first Saint; St. Andre Bessette.

Saint Joseph did not have an easy task from his first appearance in the scriptures. In the scriptures, it states that Joseph was a just man, because of this Joseph thought it would be best to divorce Mary quietly rather than hand her over to the authorities and have her stoned to death for being "unfaithful" to him. Hearing the news must have greatly saddened him, I mean the woman that you're betrothed to is found out to be pregnant and you haven't been unchaste with her; what are you supposed to think.

Saint Joseph has been seen as one of the most faithful people in the scriptures, God's instructions for Saint Joseph were always said to him in dreams. The dream in which the angel stated that it was God's plan for Joseph to be the spouse of the mother of God, the dream to take Jesus and Mary to Egypt for some time, and the dream for them to return to Nazareth, all were messages from God to Joseph telling him what needed to be done and Joseph was most obedient to God's will. 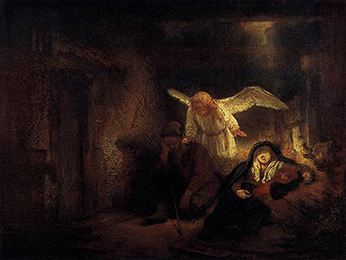 Being the foster father of the Son of God, was definitely not an easy task for St. Joseph. Even from Jesus' first moments there were already people seeking him out to kill him. St. Joseph since the beginning was the diligent protector of Christ. He wasn't perfect either in his role of being the protector of Jesus. When Mary and Joseph lost Jesus in Jerusalem one can only imagine what went through St. Joseph's mind during those three days. Joseph must have thought that he was a complete failure at what God had asked him to do; to be the head of the Holy Family.

From what we know St. Joseph was a hard worker and he worked hard to provide for his family. And throughout the early years of Jesus' life, he passed down his craftsmanship in carpentry to Jesus, modeling to him the image of a hard worker, dedicated to his work.

St. Andre looked to St. Joseph and had a faithful devotion to him all of his life, he wished very much to honor St. Joseph, by building the Oratory in Montreal. St. Joseph, the Protector of the Holy Church, is the man we should all try to emulate. He was Humble, Prudent, Strong, Patient, Just, Obedient, and Chaste. We can look to him to learn much from him just like Jesus learned from him growing up under the care of the Holy Family.