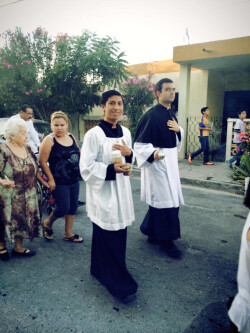 If you would have told me when I was a kid that I would live in Mexico for a whole year, I would have never believed you. I always saw myself as the homebody type – staying in the same area and never venturing out too far.

That was until I entered the Congregation of Holy Cross.

Holy Cross broadened my horizons like none other and introduced me to a new and vibrant world.

It was a world that offered me a lot of curiosity, but a world I knew I had to engage as I was entering an international congregation. That was going through my mind as I returned from my Novitiate year in Colorado back in 2012. I had experiences during that year that showed me that the internationality of the world was creeping into my own country. Immigrants from all over the world, but particularly from Latin America, were coming in droves. And they were entering our U.S. Church at alarming rates. As I tried to minister to a Latino population in Portland, Ore. during my January placement in my Novitiate year unable to communicate effectively nor do any ministry to the Latinos, I knew I had to act. Two years after I returned from Colorado, I petitioned to go to Monterrey, Mexico to learn Spanish and immerse myself in Mexican culture with the hope of being able to minister to Latinos more effectively in the U.S. and Latin America. And off I went to a new and exciting adventure. 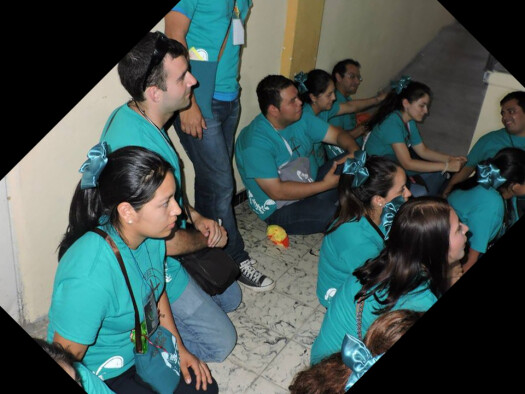 My time in Mexico was one of the most beautiful, yet most demanding experiences of my life. I fell in love with the people, the culture, the food (how can you not?) and overall outlook of life of the people. During that whole year, I was immersed in a very active and busy parish – working at the parish soup kitchens, helping with the CCD program, doing Adult Faith Formation classes, working with the youth program, teaching English classes and living at the House of Formation with the Mexican seminarians. I was introduced to a side of the world and the Church that I never saw before, and I found everything so powerful and beautiful.

But it was demanding. Trying to think and speak in Spanish 24/7 drained me like nothing before. Being laughed at for mispronouncing words, trying to have a technical conversation with a doctor about a sick parishioner of the parish to no avail, not understanding the music and variety of dance of the people, having a plate of food put in front of me not knowing exactly what it was or if it would be so spicy that it would kill me – I was stretched and put out of my comfort zone quite often.

But I think the greatest demand put upon me that year was to walk in the midst of stark poverty. I saw that as I entered homes that had dirt floors, smelled bad and had people in them who did not even have a birth certificate since they were too poor to be born in a hospital. I saw that when I went to St. Luis Potosi in central Mexico and saw huts made of straw, towns without draining systems and people carrying heavy containers of water up very steep inclines. This was not what I was used to, but for the people I was with, it was all they knew.

As much as that poverty and harder life saddened me, it changed me forever. I came back to the U.S. after my time in Mexico with a much different outlook on life. I returned to a country that offers great wealth and a comfortable life, and I came to understand more why so many were flocking to this country. I understood more the plight of the immigrant. After living as an immigrant myself in a foreign country, I began to sympathize with the immigrants here and realize how difficult it must be for them. 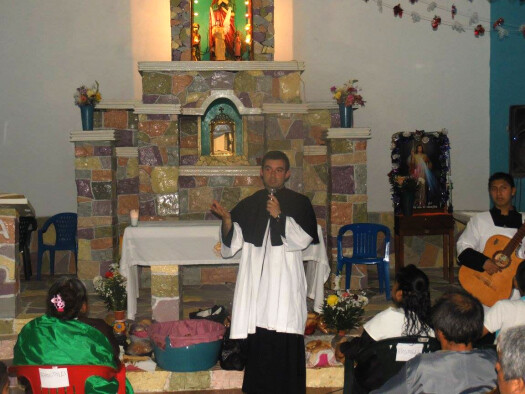 All this informed me as I took on my first assignment as a priest, St. Adalbert & St. Casimir Parishes in South Bend. They are parishes that are 85% Latino, many of whom are immigrants from Mexico. Being here, I have come to appreciate more the experience I had in Mexico. I can understand why the Latinos think the way they do, the customs register with me, the needs of their faith I felt familiar with, all because I had seen it before, it had become my own, and now I could use it to set out to what I felt called to do, to serve them.

I never would have expected such an experience in a million years, but I am so grateful to God for it. Sometimes, that is what God does – gives you the unexpected so that He can work marvelous things from it. 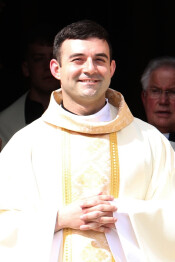 Fr. Ryan was born and raised in Rochester, NY and entered the Congregation of Holy Cross, United States Province of Priests and Brothers, as a freshman in the Old College Undergraduate Program. During his postulancy at Moreau Seminary, he did a pastoral year at La Luz Parish in Monterrey, Mexico. He professed Final Vows in 2016 and was ordained a priest in 2017 and is currently serving as Associate Pastor at St. Adalbert & St. Casimir Parishes in South Bend, Ind.