To Hell With Hope

To Hell With Hope 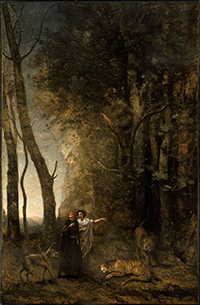 until I read the fourth canto of the Inferno out loud with the inmates of the State Correctional Institute in Dallas, PA.

One of the new ministerial initiatives I'm trying this year is a Dante reading group on Tuesday nights at the prison where I began saying Mass last summer.Dante has been my passion for six years, ever since my first year at Moreau Seminary when Dr. Gary Anderson of the Notre Dame Theology Department had me read the Comedy for a research project in one of his Old Testament courses.As I've continued to read and study Dante since then, a suspicion has been growing on me.The Comedy is poetry written out of an experience of exile.Maybe it can be understood in a uniquely insightful way by people who also know something of exile, or as Dante says, who "knows how salt is the taste of another man's bread" (Paradiso 17.58-9).With the launching of the Jubilee Year of Mercy, then, I thought, "Let's see what these men can do with this poem, and let's see what this poem can do with these men."

"Father, look around you.This is prison!" 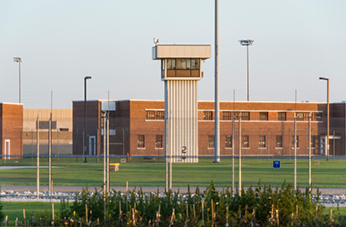 I swear I hadn't been fishing for that answer when I asked the question!It's honestly easy to forget that I am in a prison when we're diving deeply into the marrow of Dante's text (that is, until the security guard's walkie-talkie begins going off in the hallway).The response actually surprised me because I had been expecting the men to relate more to the dark wood of Inferno 1-2, less to the blind world of Inferno 4.Nevertheless, here we were among the languishing souls of the unbaptized, the sighing souls of the virtuous pagans, the grave souls of antiquity's great thinkers and poets, and the men felt they fit in.

They described the existential inertia that can follow in the wake of a life sentence.They spoke of the hoarse hope of a never-ending appeals process. They acknowledged the resigned sadness that settles when you watch a man reach the end of his life behind bars.And they found kindred spirits among these men, women, and children who "have no hope yet live in longing" (Inferno 4.42).The gateway to hell in Inferno 3 famously commands,"Abandon all hope, you who enter here."One man caught the sense of it pithily, "You don't lose hope all at once, but you start to wonder if it's worth holding onto anymore." 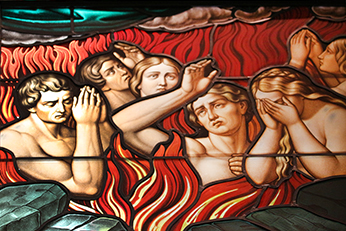 The beauty of the Comedy and Dante's genius as a spiritual guide come across in this. Dante doesn't just encounter the souls of the damned and the saved along his journey. He encounters his readers, too. He finds us (or helps us "awake to ourselves" [cf. Inferno 1.2]) in whatever "woods" or "ditches" we might have gotten ourselves into, and he offers us a way out. He offers a way up, by following in his footsteps. As Denys Turner writes in his book Julian of Norwich, Theologian the souls of the Inferno are stuck there without hope because they insist on telling their stories their own way. To allow another to make "our" story part of the larger story of God's providence and mercy (as Virgil does with Dante in Inferno 2 and as Dante can do with us), though, is to let go of the weight that drags us down among the blind and to discover the path that leads to our truest and most authentic happiness. Dante breaks the first law of hell by entering not with abandoned hope but with abandoned fear, which means that hope enters into every abandoned corner of human experience and finds a way through.

That's the trick of reading Dante with a group of men in prison. It's the trick of reading Dante for the Year of Mercy, as Pope Francis has recommended. To take a person's story and to frame it in terms of "the love that moves the sun and other stars" (Paradiso 33.145). To allow our own stories to be taken up into the just-mercy that governs the universe. To smile and to rest in the awareness that happy endings are not just for fairy tales. Happy endings makes the story true.

If you are interested in learning more about Dante and the Comedy during the Year of Mercy, you can participate in the "Dante, Mercy, and the Beauty of the Human Person" lecture series that Notre Dame's Institute for Church Life will be hosting on campus throughout the Lent and Easter seasons. More information is available on their website.