What Are You Seeking?

What Are You Seeking?

There is a scene in the movie, Batman Begins, in which Bruce Wayne has just hiked up a huge mountain in search of a rare blue flower that he carefully then carries to a hermitage on the top of the mountain. He encounters Liam Neeson's character, Ra's al Ghul, and is asked, "What are you seeking?" His answer was somewhat along the lines of "I seek the means to fight injustice" 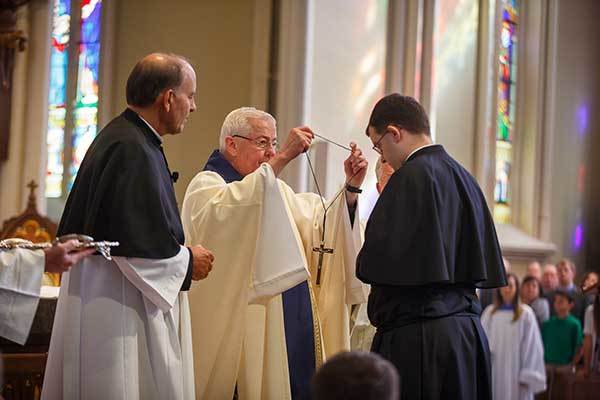 A similar question was posed to me by a spiritual director, as I prepared to profess Final Vows in the Congregation of Holy Cross last September. My answer was and is simply, "I seek to know, love and serve God and everyone whom I encounter." I also sought a sense of inner peace and joy that this was in fact the life that God was calling me to. As I near the first anniversary of my Final Profession on September 13, and as Dennis Strach, C.S.C., and Matt Hovde, C.S.C., prepare to make their final profession, I am reminded of how blessed I am to be a part of this great band of men. 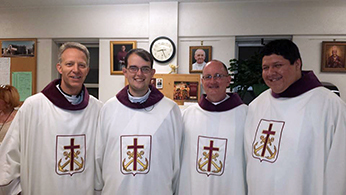 Throughout my years in initial formation, and over the last year as a deacon and priest, I have come to know many men who have served me as mentors, teachers and brothers. These men have shown me how to live as a religious in Holy Cross. In addition, I have grown in my knowledge of who I am and who God created me to be as a member of Holy Cross and as His priest. As I began my priestly ministry in Austin, Texas last year, I was able to learn from several wonderful men about what life as a priest meant and how we are called to truly love the people of God and that means simply being present to people, listening to them and growing in communion with them. I've also grown in my priestly identity, not simply looking at the day-to-day responsibilities as a "job," but also reflecting upon who I am as a priest in my relationships and daily interactions with people.

The priesthood is a beautiful life and living as a Holy Cross religious is a wonderful vocation. It wasn't until entering formation that I realized that it wasn't about what I was seeking, but rather it was God who was seeking me to follow and accept his will for my life. I hope and pray for Dennis and Matt as they begin this new chapter of their lives as finally professed religious in Holy Cross. I also pray that more young men would consider this life and this calling to a life devoted to the service of Christ's Church.

Fr. Dan Ponisciak, C.S.C., took his Final Vows with the Congregation of Holy Cross in the fall of 2014, and was Ordained a priest in the spring of 2015. He was assigned to St. Ignatius Catholic Parish in Austin, Texas during his transitional Diaconate. He was recently re-assigned to St. Joseph Parish in South Bend, Indiana. Fr. Dan is originally from Philadelphia, Pennsylvania.