Today in the Church we celebrate World Mission Sunday. Since our founding, foreign missions have played a significant role in the life of Holy Cross. This week we will take the chance to look at our mission in East Africa, which is a district of the Indiana Province. Starting us out is Fr. Leonard Olobo, C.S.C., the Director of the Holy Cross Mission Center based in Notre Dame, Ind., which has responsibility for the promotion of the international mission of Holy Cross both within the congregation and to outside constituencies. Fr. Leonard, a member of the District of East Africa, gives us the overview to the district (which spans Uganda, Kenya, and Tanzania) as well as the wider sense of mission in Holy Cross. As the week goes on, we will hear from members of the district who work in its various apostolates. 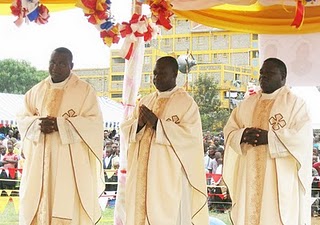 In our Constitutions, we proclaim that we "men with hope to bring." Through all the upheavals that have ravaged corners of our planets since our founding more than 170 years ago, that mission has grown because we have persevered in faith and had the support of so many friends who have placed their trust in us. From Mexico to Bangladesh, schools, churches and clinics are being built, and as long it continues, people do have reason to hope. At its root, the commitment to educating and evangelizing others in the faith is the Christian's response to those who say, "We want to see Jesus!"

The Congregation of Holy Cross arrived in the East Africa on November 4, 1958. They were four pioneer missionaries, men who brought hope and light with them. East Africa is a good example of the Holy Cross approach to missions. Bishop Vincent McCauley, a Holy Cross priest, became the first Bishop of Fort Portal Diocese in Uganda, and for many years that was the mission of Holy Cross. They built churches, schools, and clinics; worked in administration; and did all kinds of development work for the Diocese of Fort Portal, rather than building up the congregation itself.

In 1978, Holy Cross moved to what was meant to be a temporal mission in Kenya. It has since become a permanent home. Holy Cross Parish in Dandora was founded. It has the St. James nursery and primary schools, the Brother André Dispensary, a vocational school and a lot youth programs. The professed formation house is also housed in Nairobi, Kenya. 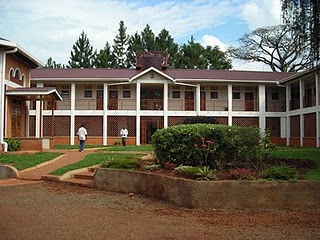 At the beginning of the 1990's, Holy Cross moved to Jinja and founded Holy Cross Parish in Bugembe. Three primary schools were erected. Then in 1993 Holy Cross Lake View School was founded. The Candidates Formation House is also located in Jinja and is named after two Saints: Andrea Kagwa, the Uganda Martyr, and our own first Saint André Bessette. 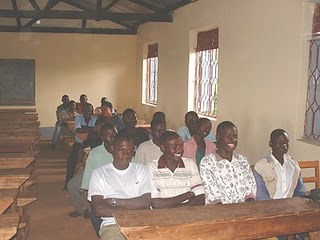 Kyarusozi parish was opened within the Diocese of Fort Portal, with St.Joseph's Hill School and a vocational school. Many any churches are still being built until today. The novitiate is in Saaka Fort Portal.

Then in 2000, Holy Cross moved to Tanzania and opened our first mission there in the Diocese of Mbulu. The mission centers on St. Brendan Parish in Kitete. And today churches are being build, along with a clinic and a vocational school.