Year of the Brother Begins

Year of the Brother Begins

One year ago tomorrow, October 17, St. André Bessette was canonized by Pope Benedict XVI in Rome, making him the first Holy Cross saint. To mark the one year anniversary of this humble Holy Cross brother's canonization, the Congregation has declared the coming year – October 17, 2011, to October 17, 2012 – to be the Year of the Brother. 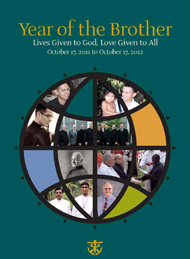 During this year, the Congregation invites others to join us in honoring the brother's vocation and giving thanks to God for the important ministry of service and compassion carried out by religious brothers. The year is also meant to serve as a reminder of the important work still to be done as well as an invitation to others to consider offering their lives in service as a brother.

To help us kick off the Year of the Brother on Spes Unica, our vocations blog, Br. Thomas Giumenta, C.S.C., shares about the amazing adventure on which his vocation as a Holy Cross brother has led him.

It was the spring of 1968, and it seemed like everyone in New York City was talking about it. Reviews were rave, and tickets were hard to come by. I found myself, however, in a very fortunate situation to have received two tickets to see the inspiring stage production of "Man of La Mancha". I can still feel the electricity of the audience in the Eugene O'Neil Theatre as Quixote sang, "The Impossible Dream". 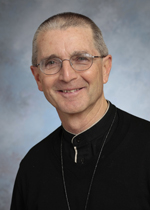 It would be just a short time later that I would begin my own quest to "reach the unreachable star." I would enter the Congregation of Holy Cross as a Brother in order to prepare myself spiritually and intellectually so as to serve others in a style that would be counter-cultural to what most of my friends and classmates were about to do. In spite of the passing of 43 years, I can still feel the electricity of making the decision.

With the passage of time, the excitement of living a religious vocation in Holy Cross changes both in kind and degree. The interest of novelty becomes deep appreciation for the profound experience of being the presence of Jesus Christ in the lives of others. Living a vowed life of prayer and community while educating needy students has given me the freedom to work on two different continents and in various cultures while having the satisfaction of knowing that I am following my own singular and distant star. Accompanying young people in their own search and struggle for peace, security and order in their lives has both filled me with treasured memories and animated me to wonder how that search will touch me tomorrow.

This has been my way of living as a Holy Cross Brother. In the past 2 years my life and ministry has been lived out as the learning assistance counselor at the University of Portland where the Congregation of Holy Cross has ministered for over 100 years. University students approach me each day trying to find their way to a future of prosperity and peace. My responsibility is to help them find the academic skills to do so while orienting their search through gospel values. My students are usually thrilled to realize that their confusion about which career major to study is simply the tremendous power of God's gifts, not yet ordered. Likewise some are amazed to understand that with some changes in organizational style, they can experience a joy and satisfaction that surely comes from the Creator of all order.

This personalized ministry will have an important place in the future even when highly computerized learning will come to pass. The reason is because God continues to incarnate the presence of his Son in vowed religious who in turn bring forth the spirit of Christ in every professional relationship. 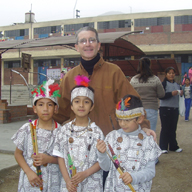 I had no idea where the quest would take me when I began my search 43 years ago. In fact, my plans for how it would look rarely came to pass. Nevertheless, I feel a tremendous moral and intellectual honesty in living my impossible dream as I look forward each day to reaching for the unreachable star.

To learn more about Br. Thomas, read his vocation story on our website.