The formation programs of the United States Province of the Congregation of Holy Cross are led by religious committed to helping men mature and develop in all areas of their discernment and formation. They bring to their work a diverse wealth of life and ministerial experiences in Holy Cross that they draw upon to form our men into priests and brothers with hope to bring to the Church and the world.

Scroll down to meet the staff members at Moreau Seminary, the Holy Cross Novitiate, and the Old College Undergraduate Seminary. 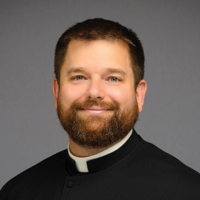 Fr. Jim Gallagher, C.S.C., is rector and religious superior at Moreau Seminary, the Congregation of Holy Cross' major religious seminary. He was born and raised in Indiana. He earned a bachelor's degree in aerospace engineering at the University of Notre Dame and worked for a few years prior to entering formation in Holy Cross. He professed final vows in the Congregation of Holy Cross on August 26, 2006, and was ordained to the priesthood on April 14, 2007. Before serving at Moreau Seminary, Fr. Jim served the Congregation in the Office of Vocations as well as in Residence Life and Campus Ministry at the University of Portland in Portland, Oregon. 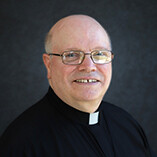 Fr. Thomas C Bertone, C.S.C., is assistant religious superior at Moreau Seminary. He was born in Brooklyn, NY and his family later moved to Lindenhurst, NY. He entered the formation program of the then Eastern Province of Priests and Brothers at Stonehill College in North Easton, Massachusetts in the Fall of 1972, where he earned a B.S. in Biology. He professed Final Vows in the Congregation of Holy Cross on September 12, 1980, and was ordained to the priesthood on June 13, 1981. He returned to school in 1995 after working in Holy Cross Brothers' high schools in the D.C. area, attending Catholic University. He received his Master's in Social Work in 1997. His experience as a social worker included geriatric social work, medical social work, and mental health counseling. Before serving at Moreau Seminary, Fr. Tom served the Congregation as the director of Health Care and Aging. He has also received training as a spiritual director. 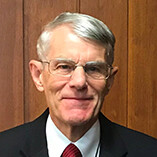 Br. Chester Freel, C.S.C., is from Mishawaka, Indiana, where he was educated by the Brothers of Holy Cross at South Bend's St. Joseph High School. He joined the Congregation of Holy Cross, professing first vows in 1969, and perpetual vows in 1977. Brother Chet earned a B.S. degree in Mathematics from St. Edwards University in Austin, Texas, and a Masters in Social Work from Wayne State University, Detroit, Michigan. His initial ministry was at Holy Cross Services (Clinton, MI) beginning in 1971 and he served there in various capacities: teacher, dorm counselor, group therapist, supervisor, and for 25 years as the regional director. In 2007, Brother Chet accepted an assignment as vocations director for the Midwest Province until his election as the Provincial Superior of the province in 2009. After completing a sabbatical year of study at the Catholic Theological Union in Chicago, Br. Chet joined the formation staff at Moreau Seminary, accompanying young men preparing themselves for life in Holy Cross as priests and brothers. 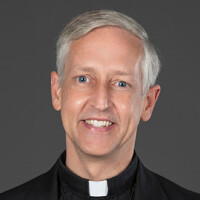 Fr. Eric Schimmel, C.S.C., is from Pittsburgh, PA. He first encountered the Congregation of Holy Cross while studying at the University of Notre Dame where he earned his bachelor’s degree in chemistry and theology. Immediately following graduation, he entered Moreau Seminary. He professed perpetual vows in 2001 and was ordained a priest in 2002. Fr. Eric served in parishes in Colorado Springs, Colorado; South Bend, Indiana; Phoenix, Arizona; and Easton, Massachusetts. He spent several years as the Director of Andre House, in downtown Phoenix, in addition to three years in ministry at King’s College in Wilkes Barre, Pennsylvania. Entering Old College in the fall of 1990, Fr. Michael studied history and theology at the University of Notre Dame and spent one semester abroad in London before graduating in 1994 with his B.A. From 1994-1995, Fr. Michael made his novitiate in Cascade, Colorado, before returning to Notre Dame for graduate studies in the Master of Divinity program from 1995-1998. Professing final vows in August of 1998 and ordained in April of 1999, he was assigned to St. Joseph Church in South Bend and served there as a deacon and priest for three years. From 2001-2013, Fr. Michael served as pastor of Holy Cross and St. Stanislaus Parish in South Bend. After a six month sabbatical, Fr. Michael served in the District of East Africa from 2014-2021, working with postulants and teaching English and theology at Queen of Apostles Seminary in Jinja, Uganda. In July of 2021, Fr. Michael began his current ministry of working with postulants at Moreau Seminary at Notre Dame, Indiana. 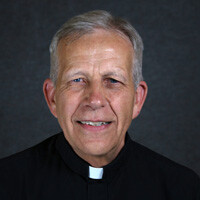 Fr. Donald Fetters, C.S.C., who is from South Bend, professed perpetual vows in 1975 and was ordained in 1976. Prior to professing final vows, he spent 2 years teaching at Notre Dame High School in Bridgeport, CT. He later received a B.A. in American Government and M.Th. from Notre Dame and a Masters in Catholic School Administration from the U. of San Francisco. After 8 years teaching and administration at Bourgade Catholic High School in Phoenix, he returned to ND as Assistant Superior and Director of the College Program at Moreau Seminary. Then in 1987, he began 30 years of ministry in Latin America, which included teaching and administration in Chile, director of novices and vocations in Peru and formation work in Mexico. Since his return to the States, he has helped in parishes and been on the staff at Moreau Seminary. 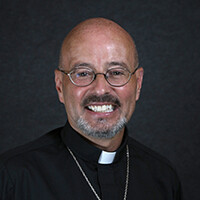 Fr. Jeff Cooper, C.S.C., was born and raised in Ohio. After completing his B.A. and M.Div. at Notre Dame, he professed perpetual vows in Holy Cross in 1993 and was ordained a priest in 1994. Over the years, Fr. Cooper has served primarily in the western states of California, Colorado, and Oregon engaging in parish, formation, and academic ministries. After serving as assistant Novice Master in Cascade, Colorado, he completed a Ph.D. in Christian Spirituality at the Graduate Theological Union in Berkeley, California in 2011. He then went on to teach theology at the University of Portland (Oregon) before serving as Director of Postulants at Moreau Seminary. Fr. Cooper began his role as Novice Master in 2022. Fr. Cooper is also a certified Spiritual Director. 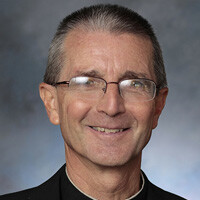 Br. Thomas Giumenta, C.S.C., professed his perpetual vows in 1976. Br. Tom spent the last 10 years as a learning counselor to University of Portland students where he assisted them in developing learning strategies and skills. Prior to that, he had spent 16 years ministering to Chile and Perú. 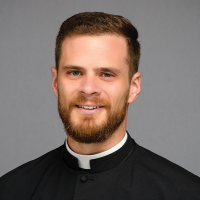 Rev. Karl Romkema, Jr., C.S.C., graduated with a B.A. in philosophy and theology from the University of Notre Dame, Notre Dame, Ind., in 2013, where he also earned his M.Div. in 2018. He entered Holy Cross in 2009 as an Old Collegian. He made his First Profession of Vows on August 2, 2014 and was ordained on April 27, 2019. Prior to joining the Old College staff as director, he was associate pastor at St. Ignatius Martyr Catholic Church in Austin, Texas. 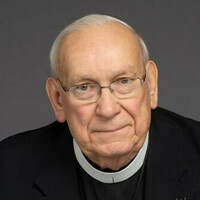 Br. Donald Stabrowski has devoted 50 years of his professional life to Holy Cross educational institutions. For 24 of those years, he served as a professor and administrator at the University of Portland. From 2012-2018, he served as the Third Assistant Provincial and as Secretary for the United States Province of Priests and Brothers. Since 2019 he has continued teaching at Holy Cross College at Notre Dame, serves on the formation team at Moreau Seminary and as the chaplain to the Holy Cross Association. 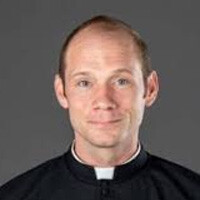 Edward J. Dolphin, C.S.C., is a fourth-year, temporarily professed seminarian. He graduated from Drexel University (Philadelphia, PA) in 2009 with a Bachelor of Science in information systems. He entered Moreau Seminary in 2018 and is currently working on his M.Div at the University of Notre Dame. 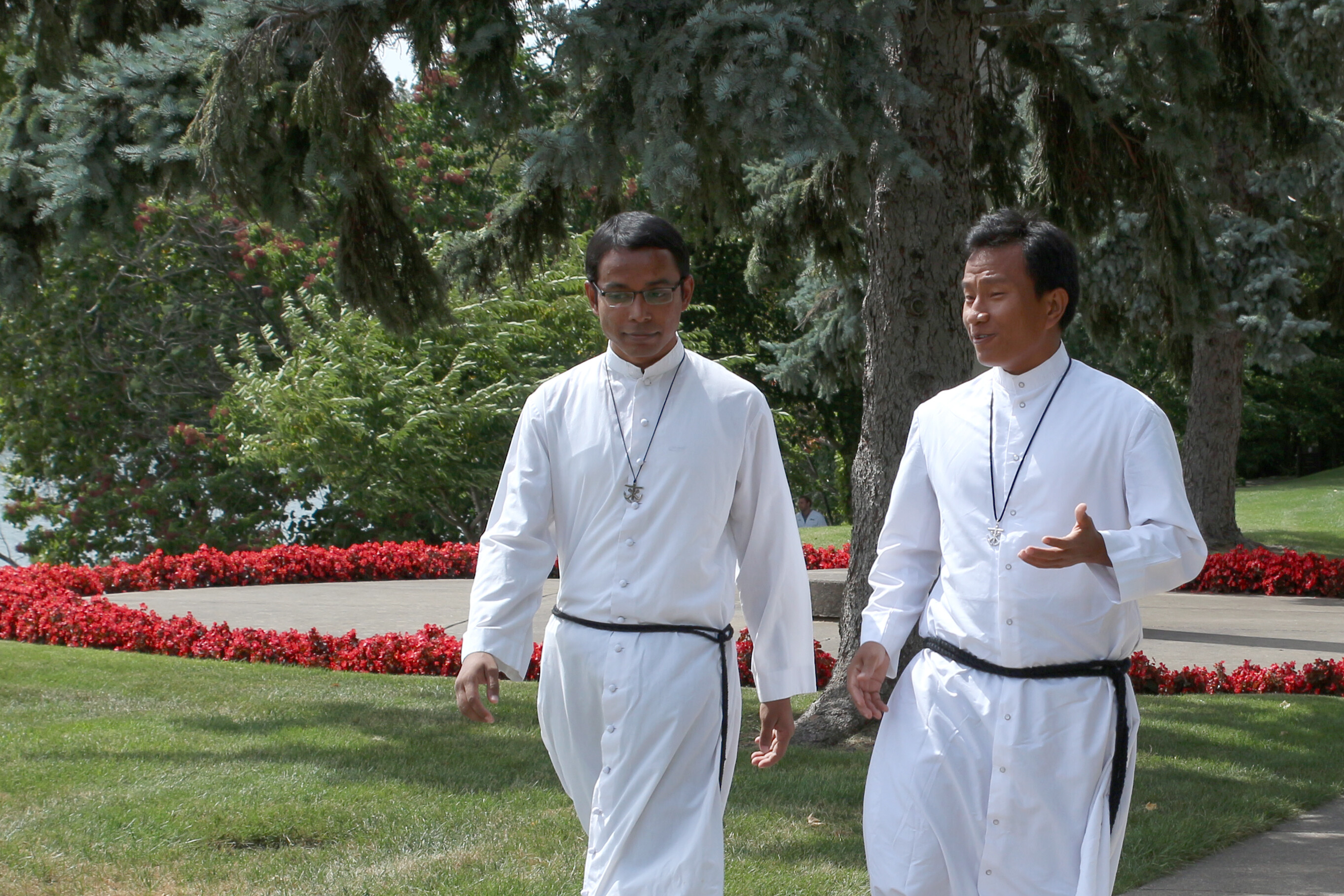 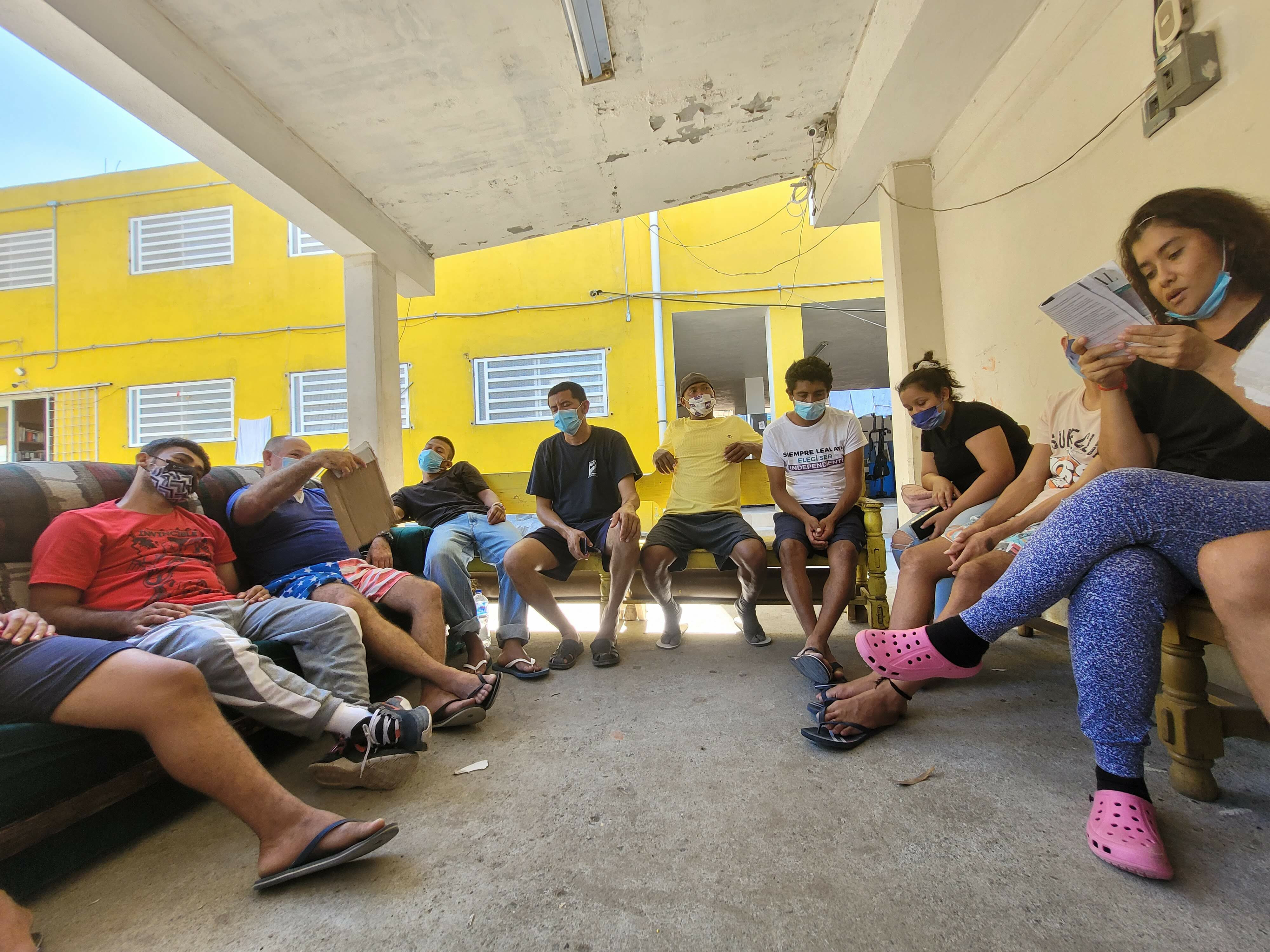