During my time at Notre Dame, I have visited the Ugandan village of Kyarusozi three times on research grants and through Notre Dame programs.  After spending so much time in this village, I felt I knew the community intimately and was essentially an “honorary Ugandan.”  However, when I spent my winter break in Kyarusozi this year, I gained an entirely new perspective on my role as a visiting American.

The community I lived in is part of the Batooro tribe, and to be a member, there are qualifications.  First, each person has an “empako,” a cultural nickname, as well as an African name.  Empakos are given to you by another tribe member and are a symbol of respect.  An African name is given by your parents, alongside a child’s baptized name.  I had been given an empako, Akiiki, and an African name, Kajumba, by my Ugandan friends. 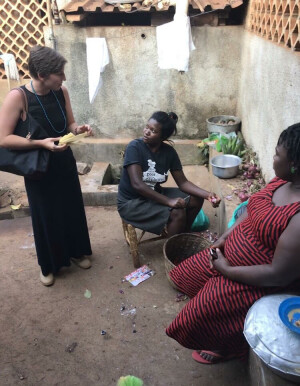 Each Batooro is also descended from a specific Ugandan Clan, and they all speak the local language, Rutooro.  In my mind, I had taken on these names as my own, I spoke the language, knew the customs, and my friends even teased me about which clan I might be from.  The locals referred to me as “Akiiki,” never as Marisa, and I felt at home within this culture.  To me, I was a Batooro.  I was one of them.

However, outside of my Ugandan friends and the village I lived in, other villages within the Batooro tribe treated me like a white foreigner, which I was.  They laughed at me when I spoke Rutooro, made fun of me when I correctly handled myself within their traditions, and screamed profanities or catcalled me when I was in public.  Anytime I left the comfort of the place I was staying and the friends I knew, I was confronted with the fact that I was very much not a member of this culture.  It didn’t matter that I knew the language or that my Ugandan friends told me that I was one of them.  The other villages refused to see me as something other than a “mzungu,” a white person. 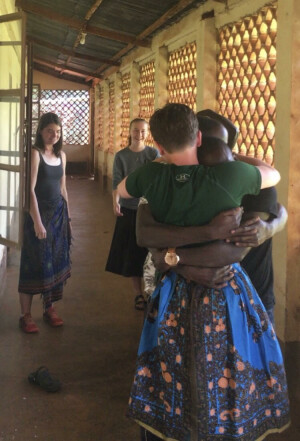 Becoming frustrated, I reached out to a mentor.  He has extensive international experience, and I explained my struggles to him.  His immediate response was, “But Marisa, you’re not black.”  Of course, I knew that.  But what he meant was that I had missed a “requirement” for being a Batooro.  The Batooro are a Ugandan tribe, meaning that each member is a Ugandan.  No matter how hard I tried or how long I lived there, I was an American.  My mentor went on to say, “You’re able to meet them where they are, learn more about yourself and them to the extent that you can and enjoy each other’s company… Isn’t that a wonderful thing?”

Reflecting on this, I was taken aback by how he had simplified the issue.  He explained that my role was not to become a true Batooro because I could never be.  Instead, my role is to recognize that I am a visiting American, and that’s okay.  The purpose is to create relationships, and the beauty in these relationships is that they cross barriers.  The distance between me and these people stretch farther than the geographical space between Uganda and America.  These relationships have overcome barriers of language, culture, and race.  The friends I have made are based on a foundation of love and respect for each other, and they aren’t rooted in me becoming just like them. They exist with the knowledge that we are different in so many ways but can still connect, and that in itself is a wonderful thing. 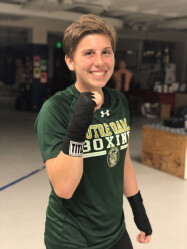 Marisa Perino, class of 2020, is an English major and Catholic Social Teaching minor at the University of Notre Dame. As an undergraduate, she made three trips to Uganda to research the link between development and education/community programs. Next year, she will complete a Master’s in Nonprofit Administration at Notre Dame.

Learning in Every Work of Our Mission

Each summer during my time preparing to become a Holy Cross religious, each person in formation...