Nearing the End of one Journey

Nearing the End of one Journey

Thirteen semesters down, one to go.

I entered formation as an eighteen year old freshman. At that point, I didn't even know what I didn't know. And now, as Advent draws on to its conclusion, I have only one semester of seminary formation left. Luckily formation and the spiritual life are the work of a lifetime, because I am nowhere near perfect. However, I will graduate from here with the training I need to serve God and His people as He wills.

I entered Old College, the undergraduate seminary for Holy Cross at the University of Notre Dame, because I thought that God might be calling me to the priesthood. However I had no idea how to figure out if He was. I saw Old College as a place that would help to give me the vocabulary and the tools to learn how to discern, and then help me discern well. It is a program where college guys live and pray together. 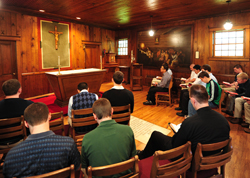 It has been a long journey since I was a wide-eyed freshman, but it has certainly been a great one. In that time I have grown in my understanding of myself and of philosophical and theological principles. But most importantly, I have grown in my understanding of what God is calling me to do with my life. I was far from certain that the priesthood and religious life was for me when I entered formation in Old College. I thought God might be calling me to religious life, and I thought that I might make a good priest, but I wasn't even sure that was what I wanted. 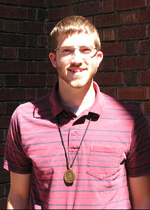 As I continued on in formation, I was given more and more tools to help me discern. I went to daily Mass. I prayed the Liturgy of the Hours in common, and had Eucharistic adoration. I had regular meetings with the formation staff and a spiritual director. I had ministry placements where I helped teach the faith and spread the Love of God. All the while I was taking classes and growing intellectually. I had people to talk to who understood the journey of discernment and wanted to help me find where and how God was truly calling me to serve Him.

Along the way, I have seen good friends make the difficult decision to leave the seminary. While it is sad to see a friend leave, those were also instances of happiness because that person had discovered God's call for him. And while for those who left, that call was not to religious life in Holy Cross, God was still leading them to His service.

As I sit here, with only one semester of seminary left and less than nine months until Final Vows and Diaconate Ordination, I am thankful. I am thankful for the time, people, and process that took an inexperienced eighteen year old and taught him about himself, God, and God's plan for him. 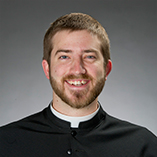 Mr. Matthew Fase, C.S.C., is in his third year of Temporary Vows at Moreau Seminary, and is near the end of the Master of Divinity program at Notre Dame. Matt is originally from Rockford, Mich.