To put out into the deep studying

To put out into the deep studying 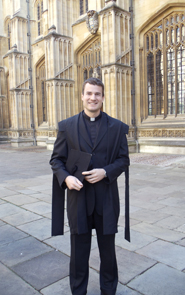 Some years back when I was in Old College Undergraduate Seminary, our director, Fr. Charlie Gordon, C.S.C., gave a memorable homily on chapter 5 of Luke's Gospel. This is where Jesus tells Simon and his companions to "put out into the deep" after a hard day's work. Fr. Gordon talked about the saints swimming deeply in the divine mysteries, beckoning those of us still waiting on the shore to come in and wet our feet. The group of us responded in what I suppose is typical Notre Dame fashion: We made bright blue and gold t-shirts with the Latin translation splayed on the back: Duc in altum!

Around that same time I met a collection of vibrant Holy Cross priests and brothers passing through Moreau Seminary who had spent considerable time abroad, either in the missions or conducting research. Being a Texas boy myself with no experience outside the continental 48, I lapped up their stories of outpost parishes in East Africa and forgotten villages in Mexico. To my fertile imagination they looked a little like how Simon must have appeared after all those trips with the Lord across the Sea of Galilee: baggy-eyes tired, for sure, but glowing when talking about all he and his buddies had seen and done.

In that ambience, in a gesture of truly undeserved trust, the Congregation allowed me to choose a study-abroad location in which I would spend my junior year. As this was early 2002 and the ashes of Ground Zero were still smoldering, we all saw that our world was quickly changing, though no one really knew what such changes meant. Anger, fear, and a hue of sadness colored so many of our conversations. And yet despite the uncertainly and instability of it all, I decided, for reasons I still struggle to understand, to spend a year abroad in Cairo, Egypt. My mother likes to recall how I called not to consult her opinion on the matter but, as she says, "to inform her of my plans." 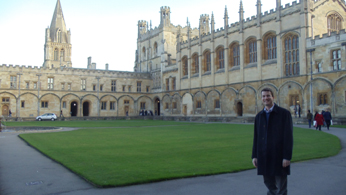 Nine years, two wars, and an important life commitment later, I returned to Cairo for the first time since those heady undergraduate days. I was recently on break from my school work at Oxford, where I am currently pursuing an advanced degree in Social Anthropology, and so I spent six weeks trying to catch up on reading and working on Arabic. One day my tutor, a devote Muslim of noble spirit, showed up without his glasses, and I asked what happened. He had been in Tahrir square the previous night protesting the abuse of power by the governing Military Council. The police had charged at the people around him. In the frenzy, he had been pushed over and stepped on. Thankfully, as he told me, it was only his glasses he lost. 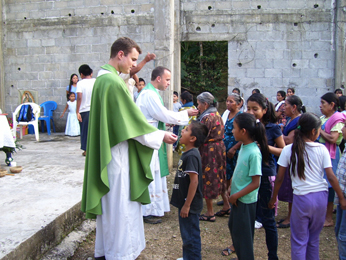 Those of us who study things like languages and culture like to think we live in an exceptional time of diversity and volatility. And given what is currently happening in the Arab world, there is some truth to that view. But I also know that the Sea of Galilee our Lord crisscrossed two-thousand years ago was equally as dramatic as its surrounding area is now. I am no Scripture scholar, but the fact that Tradition has preserved the speech and imagery of the diverse people of the Gospels must have been as strange to centuries of Christians as it seem to us today. Every time we hear "talith kum" or ponder Jesus's stirring conversations with folks history otherwise would have forgotten, we hear echoes of a common humanity ... but only amongst the din of cultural difference.

Anthropology is the study of such differences, and believe me, there are quite a few. But we do so because there is a conviction that anthropologists have – namely, that deeper down there is a fundamental unity to humankind, a common ground that can only be laid bare when all that separates us is accounted for. To me, this means we have to cross our own Sea of Galilee, push out even deeper into the ocean of humanity, before we can even begin to grasp how strange we must appear to the rest of the world. But in this movement, both metaphorical and physical, I believe I am following in a small way not only the great teachers and missionaries of Holy Cross, but Peter as well – baggy-eyed and not yet caught up on sleep. The Lord still keeps calling to me: Put out into the deep.

Fr. Aaron Michka, C.S.C., professed final vows in the Congregation of Holy Cross on August 30, 2008, and then was ordained to the priesthood on April 18, 2009. After three years working in parish ministry and seminary formation in México, he went to Oxford University for a Master's in Social Anthropology. He is one of over a dozen Holy Cross priests in the United States Provinces pursuing advanced degrees to better serve as educators in the faith. Learn more about the work of Holy Cross in education, as well as hear from some of the other Holy Cross priests in advanced studies.