“The footsteps of those men who called us to walk in their company left deep prints, as of men carrying heavy burdens. But they did not trudge; they strode. For they had the hope. It is the Lord Jesus calling us. 'Come. Follow me.'” — Constitutions of the Congregation of Holy Cross, 8:122-123

Generations of men have made and lived by their vows within the Congregation of Holy Cross. For the better part of two centuries, Holy Cross Priests and Brothers have made countless sacrifices and shown heroic virtue in service of the Gospel. Stories of these religious have spread throughout the lands where we have served.

Below, we share the biographies of a few of our men who have exemplified what it means to be a Holy Cross Religious and whose holiness has been recognized by the Church, including our holy founder, our first canonized saint, the father of Brothers of St. Joseph, the Rosary Priest, an intrepid missionary and the founder of the world's premier Catholic research university. We also profile some of the unsung Holy Cross Priests and Brothers who have brought hope through their lives and ministry.

They are all part of the "great cloud of witnesses" spoken of in the Letter to the Hebrews that inspires us "to rid ourselves of every burden and sin that clings to us and persevere in running the race that lies before us while keeping our eyes fixed on Jesus, the leader and perfecter of faith" (12:1-2). 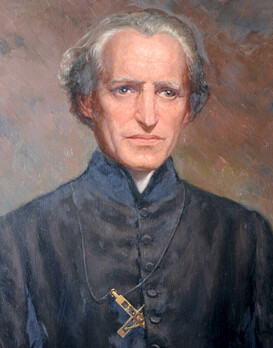 Blessed Basil Moreau, founder of the Congregation of Holy Cross, was born in France in 1799. A sought-after preacher and lively professor, Fr. Moreau formed the first association of Holy Cross in 1837 to serve the educational needs of post-revolution France. Soon after, he sent members of his fledgling congregation to Africa, Asia, and North America to serve the Church as educators in the faith. 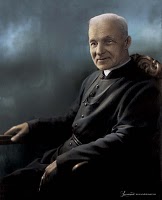 Alfred Bessette entered the Congregation of Holy Cross in 1870 and took the name Brother André. As doorkeeper in one of the congregation's schools, he fostered devotion to Saint Joseph among the sick and soon became known as the "Miracle Man" of Montreal for the miraculous cures attributed to his intercession. In 1904, he founded the world-renowned Oratory of Saint Joseph. 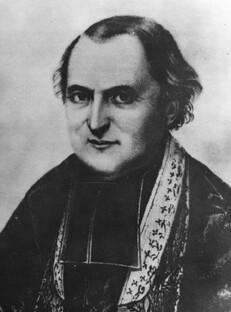 Ordained during the French Revolution in 1795, Fr. Jacques-François Dujarié courageously worked as an “underground priest”, often celebrating Mass in secret. When the Revolution ended, he helped rebuild the Church in France, including assembling a group of teaching brothers. These Brothers of St. Joseph became the Brothers of Holy Cross when joined with Fr. Moreau’s Auxiliary Priests in 1831. 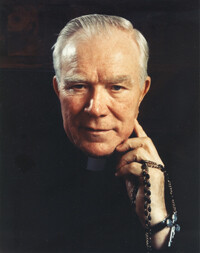 Father Patrick Peyton, C.S.C., the “Rosary Priest”, dedicated his life and ministry to spreading devotion to the Blessed Mother, especially through the Family Rosary. He coordinated Rosary events in more than 40 countries, gathering more than 28 million people worldwide in prayer. Father Peyton's vision that "the family that prays together, stays together," continues to resonate in the Church today. 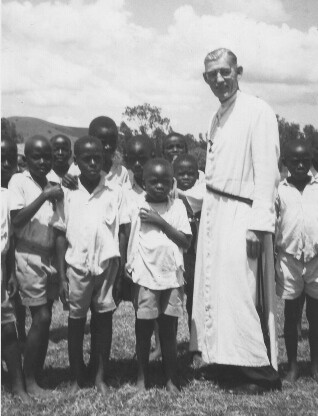 Servant of God Vincent McCauley was a missionary priest to Bangladesh, seminary instructor, and a pioneer in the Holy Cross missionary work in Africa. As the founding bishop of the Diocese of Fort Portal, Uganda, he became an influential leader in the development of the Church in East Africa. 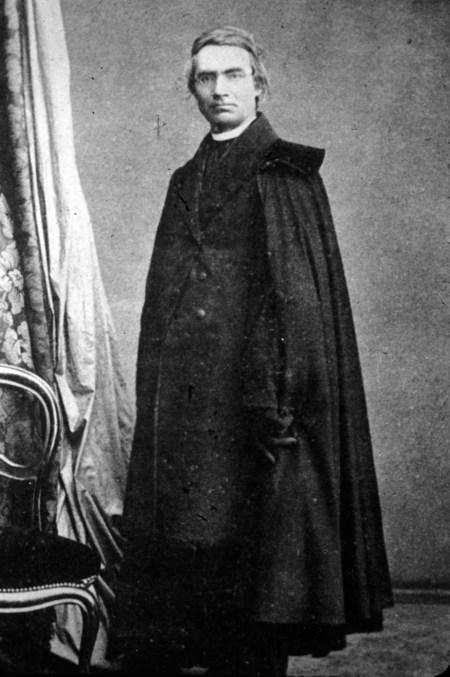 Father Edward Sorin was one of the first four priests, who along with Blessed Basil Moreau, professed perpetual vows in Holy Cross on August 15, 1840. Sent by Blessed Moreau to the United States the following year with six Holy Cross brothers, Fr. Sorin went on not only to found the University of Notre Dame, but also to oversee the rapid expansion of the mission of Holy Cross in the United States. 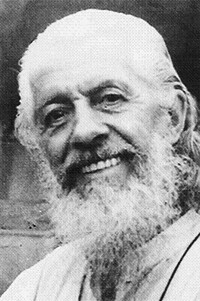 Br. Flavian Laplante, C.S.C., was born on July 27, 1907, in St.-Louis-de-Richelieu, Quebec, Canada. He entered the Congregation at the age of 16. Br. Flavian arrived to Chittagong in East Bengal on December 1, 1932. His first assignment was to assist at the Congregation’s new high school in Padrishibpur. With the exception of an assignment to Noakhali from 1957 to 1962, Flavian dedicated the rest of his life to ministering in Diang and among the fishermen of the nearby region. Br. Flavian was declared a Servant of God on February 13, 2009 – the Feast of Our Lady of Lourdes – by Most Rev. Patrick D’Rozario, Bishop of Chittagong Diocese, Bangladesh.