Other News | by Angela Knight

Fr. DeLaney, who previously served as director of the Holy Cross Mission Center, in Notre Dame, Ind., succeeds Rev. Claude Grou, C.S.C., who had been rector for the last 15 years.

"Fr. Mike is certainly a gift from heaven to the life of the Oratory," said Rev. Mario Lachapelle, C.S.C., Provincial Superior of the Province Canadienne de Sainte-Croix. "His past experience and current leadership and pastoral qualities - whether as the Superior of the District of Chile or as Director of the Holy Cross Mission Center or at many other places he ministered around the world - will greatly contribute to the future success of the legacy of Saint Brother André."

Saint Joseph's Oratory is a world-famous pilgrimage destination, attracting more than 2 million visitors a year, among them Pope John Paul II. It is the world's largest shrine dedicated to Saint Joseph, a patron of laborers and families, and was founded by Saint André Bessette, in 1904.

Saint Brother André, the first canonized saint of the Congregation of Holy Cross, entered the congregation in 1870. As porter (doorkeeper) at Collège Notre-Dame in Montreal, he fostered devotion to Saint Joseph among the sick and soon became known as the "Miracle Man of Montreal" for the miraculous cures attributed to his intercession. The Oratory is also Saint Brother André's final resting place.

Because of the Covid-19 pandemic and the Canadian border remaining closed, the number of guests are limited. As soon as conditions are more favorable and gatherings permissible in Canada, a public celebration will be organized. 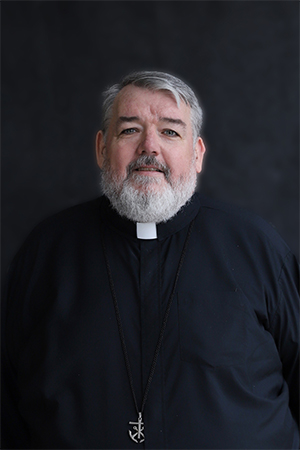 Fr. DeLaney returned to the United States in 2015, to serve as director of the Holy Cross Mission Center, after many years as the District Superior for Chile, where his ministry was planted firmly in both Fundamor and Campus Ministry at Saint George's College.

Prior to Chile, Fr. DeLaney served for 15 years at the University of Portland (Ore.), partly as superior of the Holy Cross Community there, and later as president of Notre Dame High School in Chicago, Ill.