The Congregation of Holy Cross, United States Province of Priests and Brothers, and the Holy Cross Mission Center (HCMC), mourn the loss of Holy Cross Archbishop Moses Costa of Chittagong, Bangladesh, who died just weeks after recovering from Covid-19. Vatican News reports that Archbishop Costa died on Monday, July 13, in a hospital in the capital Dhaka, after suffering a series of strokes. He was 69.

His passing leaves all the faithful in a state of shock and the Chittagong Archdiocese without a shepherd.

"Archbishop Moses Costa was one of the most genuine and authentic persons you could ever meet," said Rev. Thomas J. O'Hara, C.S.C. "He was a deeply prayerful man who loved the people he served and who  fought for justice and dignity for those who suffered the most. We met over 45 years ago when he and I were both seminarians in Dhaka, Bangladesh. In all these years we stayed in contact. I had the privilege of visiting him in Bangladesh and never failed to see how much he loved his people and how much they loved him. I also had the privilege of awarding him an honorary doctorate when he visited King's College when I served as president. Bangladesh and Holy Cross have lost a great man, a holy man. But he is with the God who was the center of his life."

For several years, Archbishop Moses traveled to the U.S. to assist the HCMC in conducting its annual Mission Appeals in our Holy Cross parishes across the country. In his appeals, he spoke of the many needs of those who are poor, live on the margins of society, are oppressed and undereducated; especially those in Bangladesh. 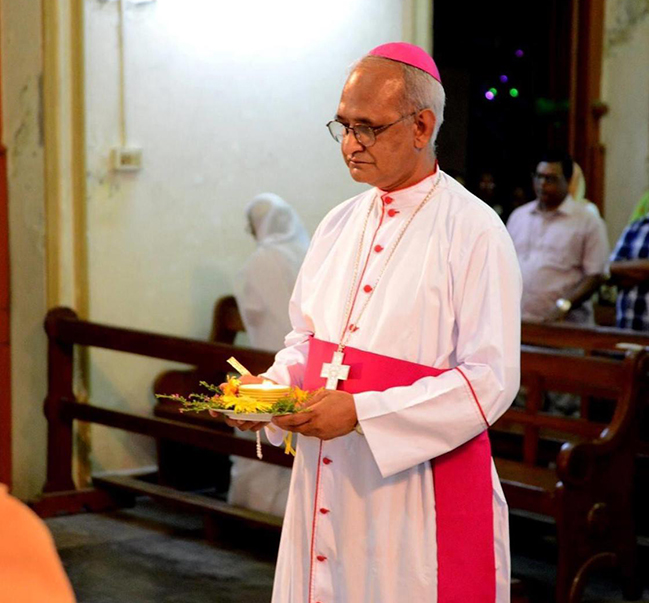 Vatican News reports that prior to his passing, Archbishop Costa was flown by helicopter in critical condition and admitted to the ICU of Square Hospital in Dhaka on June 13, suffering from severe respiratory distress. He tested positive for coronavirus the following day. His condition had improved significantly and he tested negative for the virus on June 22. He continued to remain in the hospital for further treatment, but his condition took a drastic turn on July 8. He was transferred to the ICU again. According to the medical board, he suffered multiple strokes caused by a brain hemorrhage on July 9 and passed away Monday, July 13.

On July 14, Archbishop Costa's Funeral Mass and burial was held on the property of the Cathedral in Chittagong, Bangladesh. His Funeral Mass is available via Facebook here.

The Mass is celebrated in Bangla, with just a few parts in English, and presided by Cardinal Patrick Rozario, C.S.C., Archbishop of Dhaka. Accompanied by the Bengali bishops is Rev. James Cruze, C.S.C., Provincial of the Sacred Heart Province. He also speaks during the Mass. Four of the Bishops in attendance are Holy Cross religious. 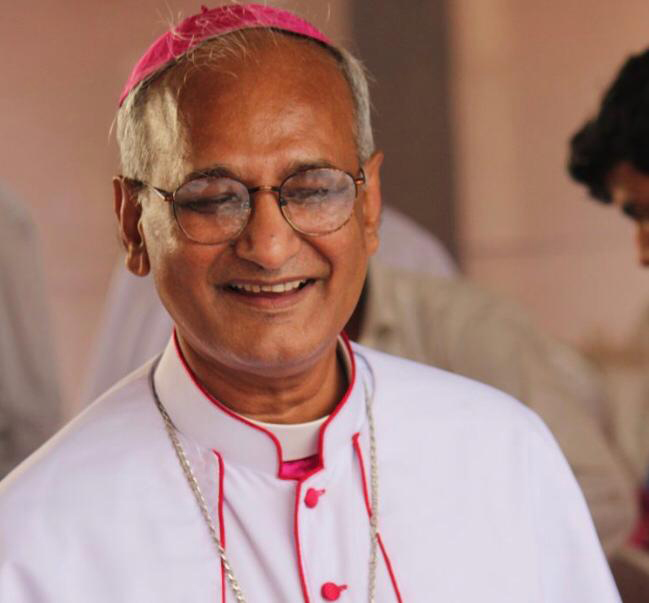 Born on November 17, 1950, the youngest of 10 children, Moses Costa entered the Little Flower Minor Seminary of Bandura in Dhaka district in 1963.  He joined the Holy Cross Congregation in 1971, professed his final vows in 1981 and was ordained a priest on February 5, that year.

He served as assistant parish priest in two parishes from 1981 to 1984.

He was sent for higher studies to Rome, where he obtained licentiate degrees in pastoral theology and spirituality at St. Thomas Aquinas University in 1986 and in psychology and counselling at the Pontifical Gregorian University in 1989.

On July 20, 1996, Saint Pope John Paul II appointed Father Costa as the 6th bishop of Dinajpur Diocese, where he served until 2011.

Bishop Costa was appointed the 5th bishop of Chittagong in 2011 and became an archbishop when Pope Francis elevated Chittagong to an archdiocese in 2017.

The late archbishop was the secretary-general of the Catholic Bishops’ Conference of Bangladesh (CBCB) and also the chairman of its Commission for Health Care.

For more coverage of Archbishop Costa's passing, you can also visit the Chittagong Archdiocese News Service, or Vatican News.