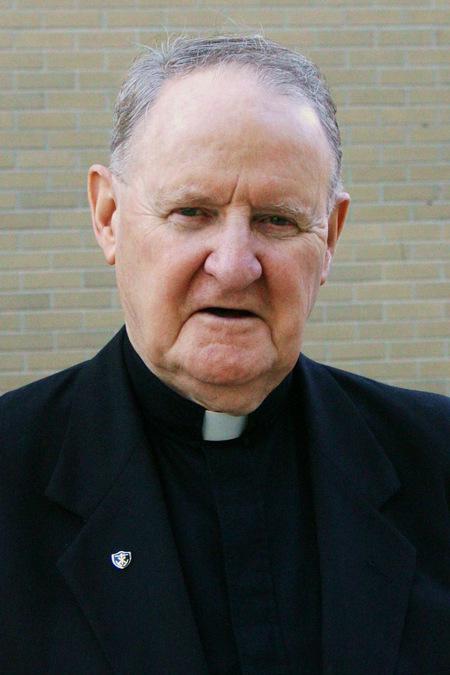 The list is an annual effort to honor 50 leading Irish American men and women active in the labor movement and reflecting on the work of those who paved the way to labor's central role in contemporary American life.Those named to the list were honored at a recent ceremony held in New York City, which featured guest speaker Gerry Adams, president of Sinn Fein.

Fr. Sullivan was honored as teacher, writer, administrator and speaker on behalf of workers in Pennsylvania, New York, Massachusetts, Indiana and Washington, D.C.

The Holy Cross priest, a member of the King's sociology department, was previously director of Ethnic Community Outreach at King's. In 2009, he left King's to become to become the Executive Secretary and Chaplain of The Labor Guild in Boston. He returned to King's in August 2012.

A noted labor rights scholar and practitioner, Fr. Sullivan is also a member of the steering committee of the Catholic Scholars for Worker Justice and has been active locally in labor management issues.

He is currently preparing publications on labor priests in the Church, labor unions and labor schools and institutes of industrial relations. Fr. Sullivan was honored this summer by the Ancient Order of Hibernians.