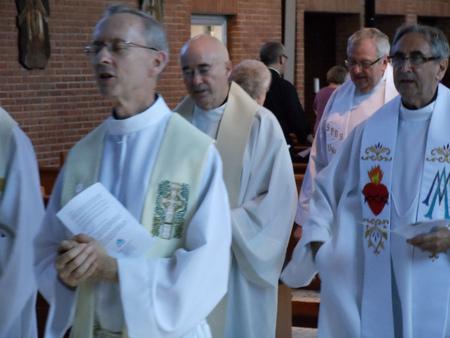 Offices of Holy Cross Family Ministries around the world offered an anniversary Mass of thanksgiving for the life of its founder, Servant of God Patrick Peyton, CSC.

The festivities at the world headquarters in the United States took place June 1 at the Father Peyton Center, North Easton, Mass., with the praying of the Rosary at the gravesite of Fr. Peyton, followed by the anniversary Mass. A reception for friends and supporters followed.

Family Rosary has a flash photo gallery of the Mass at the Father Peyton Center in North Easton, Mass on its website and a complete photo galleryof the event on flickr.