A Brother and a Protector

A Brother and a Protector

This past Thursday, the University of Portland Board and the Holy Cross community at UP paid tribute and bid farewell to Br. Donald Stabrowski, C.S.C., who served UP for 24 years as professor of political science, dean, vice-president, and provost, and who now serves the U.S. Province of Holy Cross as an assistant provincial. 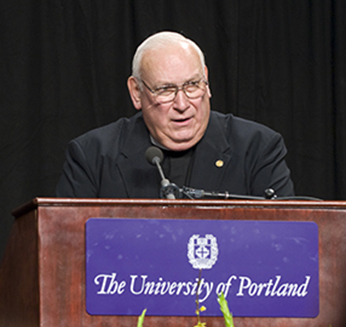 During the evening celebration, speakers, a video, and our table conversations all revealed how Br. Donald had helped guide UP's academic rise over the past quarter century. Our community of teachers and scholars always will be grateful for and indebted to Br. Donald for his fine leadership. As a Holy Cross religious, I always will have an additional reason for gratitude and indebtedness.

After my second year of temporary vows, I went to UP for a pastoral year to teach in the math department and work as Villa Maria's assistant hall director. My years in formation up to this point had been very mixed. (So, take comfort if you're finding discernment or formation difficult; I was right there with you.)

From my perspective, the biggest concern was simply one of "fit." I believed that God was calling me to be a priest, and the ministries I had experienced had made me really happy, but I wasn't at all confident that Holy Cross was the place for me. Some of my formation relationships had been quite strained, and too often I just didn't sense that I was welcomed or appreciated in this community I had joined. I went to UP that year to try to get some clarity on the matter. 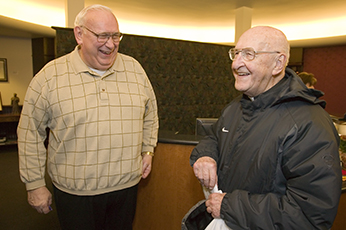 I, however, had no interest in anyone taking me on as a "project" or a "problem case," so I didn't talk about my concerns coming in, except to my spiritual director and my onsite formator. I just wanted to see if I could find a sense of belonging in a regular, non-seminary Holy Cross community.

Br. Donald embodied the positive answer I was hoping for. Here was the university's highest ranking academic officer, and he seemed genuinely happy to have me there.

Before the year even started, he went out of his way to have my appointment changed from two part-time positions, with the title of "adjunct," to one full-time, concurrent position, with the title of "visiting assistant professor" (since I already had my PhD and had been a university professor before entering seminary). It was a symbolic gesture that showed how he valued me and what I could bring to UP. 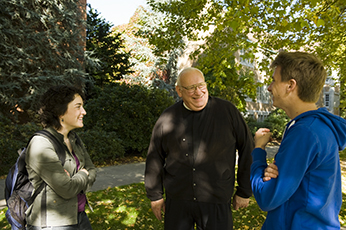 Br. Donald also included me as a guest when he threw small dinner parties, where he served some of the best homemade pies I've ever eaten. (One of his secrets is that he uses real lard in the crust.) During that year, he often mentioned to me how much he appreciated that the summer after my candidate year I had helped look after Fr. Fred Barr, C.S.C., one of his old friends in the community who had been sick.

Finally, when my pastoral year was over, he wrote me a generous personal note, expressing gratitude for my service and hope for my future return. Needless to say, I felt – and still feel – that I belong with Holy Cross at UP. 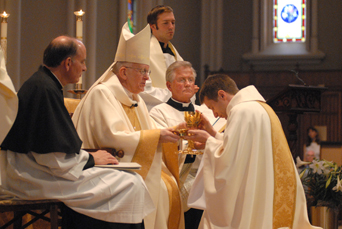 Fr. Charlie McCoy, C.S.C., is an Assistant Professor of Mathematics at the University of Portland. He is a monthly contributor to theSpes Unica blog, reflecting primarily on the work of Holy Cross in education. Learn more about the work of Holy Cross priests and brothers in the field of education to bring hope to the Church and world.