Today we in the Congregation of Holy Cross joyfully celebrate the 175th Anniversary of our founding, since on this date in 1837, Holy Cross was established when Rev. Basil Moreau, C.S.C., joined his Auxiliary priests with the Brothers of St. Joseph, founded by Father Jacques Dujarie. 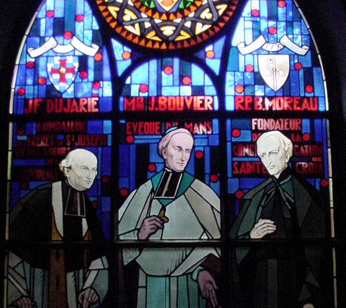 Two documents of Blessed Basil Moreau have a special relevance for this special anniversary we mark today. The first is the Fundamental Act of March 1, 1837, itself, and the second is Moreau's Circular Letter 14 of 1841. No two documents could be more strikingly different.

The Circular Letter is a lofty presentation of the ideal of unity between brothers and priests in the Congregation of Holy Cross that would form the basis of his unique and innovative vision for the Congregation. The Fundamental Act is, surprisingly, about money, property, and other practicalities of the union of the Brothers of St. Joseph and the Priests of Holy Cross (including a requirement that there be three different keys used together to open the safe!).

While one might easily dismiss the latter as uninteresting and banal in comparison to the former, I would argue that both are important for an understanding of Moreau's vision and why that vision has prevailed.

In laying forth his "plan of government" that "God's wishes to be followed in the administration of Notre Dame de Sainte-Croix" (CL 14), Moreau draws on a series of Biblical images and texts to propose his plan of unity in one congregation of priests, brothers and sisters (later Rome would separate off the sisters into a separate congregation) in imitation of the Holy Family.

In spite of obvious differences – "notwithstanding differences of temperament and talent, the inequality of means, and the differences of vocation and obedience"– the common goals, including "the one aim of the glory of God and the salvation of souls", would inspire the members and give "rise to a oneness of efforts which tends toward the more perfect union of hearts which is the foundation of the unity and strength of Holy Cross." 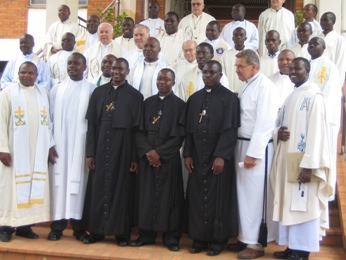 Moreau saw this project of an association of priests and brothers living together in community and working together in mission as a "truly providential work." The fact that it prevailed in spite of "many elements of disintegration" was proof enough that it was God working through him and his coworkers to bring to fruition this unique vision of religious life.

Blessed Moreau was a visionary – but also a realist. In his years of priesthood and in the ensuing initial years of the congregation, he had had to face the reality of human frailty and failure, as well as the limitations that the particular ecclesial and political context put on the fledgling Congregation.

He writes in the Circular Letter 14: "Considering them only from the standpoint of human reason, it is difficult to explain how they could begin, organize, develop and harmonize up to the present. This is particularly true in view of our slender pecuniary resources, the unfavorable political situation, and differences of personal temperament, not to mention the ill-will of several who tried in vain to ruin what was undertaken in a manner which seemed to them so patently imprudent."

This realism, grounded in experience, led him to put into place structures, institutions, and practical agreements that would counteract the forces of "disintegration" and help to insure the success of this providential project. Read in this light, the practicalities of the Fundamental Act take on new meaning. As Moreau himself wrote in the introduction, they respond to his desire "to strengthen the union between the two societies" of priests and brothers. 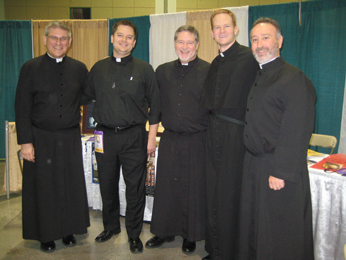 Down through the years, different structures, institutions, and agreements have been put in place to continue to guarantee the success, the vibrancy and the witness of this unique and providential project of religious life that is Holy Cross. From the very early years, the principal of parity, and, in the 1940's, the decision to create separate provinces of priests and brothers while maintaining one general administration are but two examples of that search to preserve the vision from the "elements of disintegration."

Today Holy Cross is involved in a search for new structures and institutions to guarantee and protect for future generations in our ever-changing world the vitality and the growth of the Congregation with its unique identity. With Blessed Basil Moreau, we share the belief that Holy Cross is "God's work" and continues to be a gift to the Church and to society.