This past summer, I participated in the Center for Social Concern’s International Summer Service Learning Program (ISSLP) to teach mathematics and Information, Communication, and Technology (ICT) at a Holy Cross Secondary School. For the past two years, this school, St. Joseph’s Secondary School, held a special place in my heart from many miles away in South Bend, Indiana, through the fundraising efforts of the Notre Dame Woman’s Boxing team. As a team, we fundraise over $200,000 annually for Holy Cross Missions in Uganda to support its secondary schools in Kyarusozi and Jinja. These efforts have provided a dormitory and cafeteria in addition to annual scholarships to students who could otherwise not attend school. Learning that the ISSLP program offered an opportunity to teach at one of these school, meet the students who benefit from our program, and empower young students to become prominent leaders in their community was something I could not pass up.

One afternoon, I was spending time with a few students playing games and listening to their favorite American music. I innocently began asking them what they wanted to be when they were older after they finish school. However, I never expected the answers I received. They asked if people from Africa study in America, if they work there, and if they can eventually live there. I replied “yes, we actually have many students from Africa, including Uganda, at my university”. Shocked by my response, they had several more questions to follow. One response in particular, however was from one of my students named Godfrey. He kept his head low during most of the conversation until I finally got the chance to personally ask him—“Godfrey, what would you like to do when you are older”. He replied, “Madam, I would like to live and work in America like you, but my mother keeps saying this is impossible, we would never have the money for that, stop aspiring to do that”. 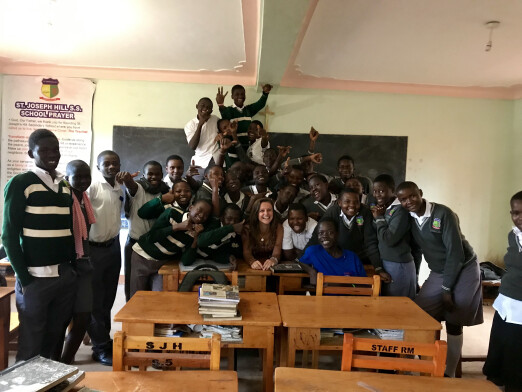 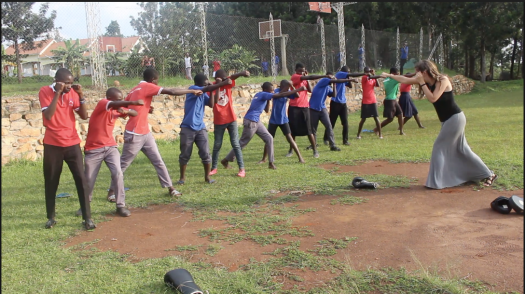 While I wanted to grab his hand, look him in the eyes and say, “anything is possible if you put your mind to it”, just as my parents told me since I was five years old, I felt trapped because unfortunately, his mother was right in some ways. She was wrong to say it is impossible because I strongly believe nothing is entirely impossible. However, living in his remote village in Kyarusozi, Uganda, not receiving the highest marks in school, and not having enough money to even pay his school fees had many of the odds against him. I had no idea how to encourage him without being unrealistic. Many of these students’ childhoods have been stripped of them by losing parents, homes, or having to work since they were seven or eight years old. They are often more mature than many people my age in America. Therefore, I was honest with him in saying your mom is right to say it may be hard, and it may seem like a dream, but she is wrong to say it is impossible because nothing is impossible. 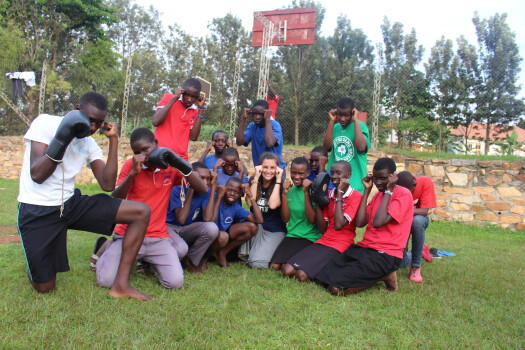 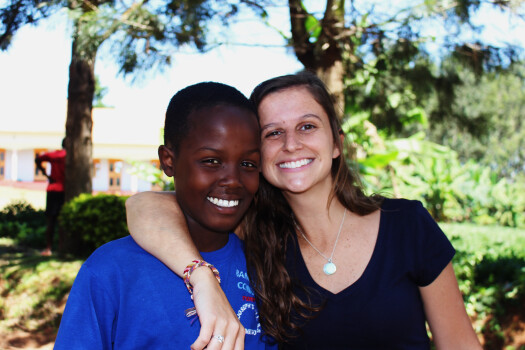 I continued to speak to him about why he wanted to live and work in America when I learned about his idealistic view of the country. Because of this, and many other students with the same aspirations, my site partner and I found ways to appropriately share with the students that there are poor families in America as well, it is not always easy to find work, and life will still have its challenges. We encouraged them to follow their dreams while also finding ways to show them how they can improve and empower their own communities with the blessings of their education rather than trying to leave it—especially at the state it is right now. We tried to encourage them to always leave something better than you found it—and that is my greatest hope for my students. That they take advantage of their education to better their own lives, families, and communities to build up their own country before aspiring to move to a new one. 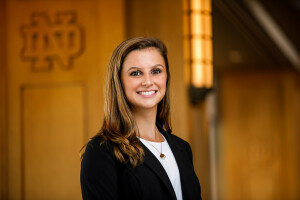 Meghan is a junior in Pasquerilla East Hall at the University of Notre Dame, Notre Dame, Ind., and hails from Duxbury, Mass. She is studying Business Analytics and Entrepreneurship.

Learning in Every Work of Our Mission

Each summer during my time preparing to become a Holy Cross religious, each person in formation...