When Hell Freezes Over

When Hell Freezes Over

For many years now, the priesthood ordinations for our province have been held on the Saturday after Easter. As that date rapidly approaches this month, along with the ordinations of Deacons Adam Booth, C.S.C., and Patrick Reidy, C.S.C., I can't help but wax nostalgic about my own ordination twenty-two years ago.

I was ordained on my birthday. I remember when I found out that I was going to be ordained on April 25th, I was overjoyed that the day I celebrated entering into this world would be the same as the date that I would be ordained to serve in persona Christe. 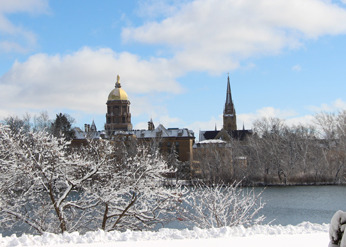 It was unseasonably cold and it actually snowed on the day of my ordination. When my oldest brother, Marty, saw me that morning, he couldn't help but quip, "I always said hell would freeze over when a Szakaly was ordained." Well, by the time the Mass ended, the sun poked out from the clouds and the day became bright and warm. I guess the prayers of my ordination classmates, my Holy Cross confreres, and all of our parishioners, families and friends drove the devil off! 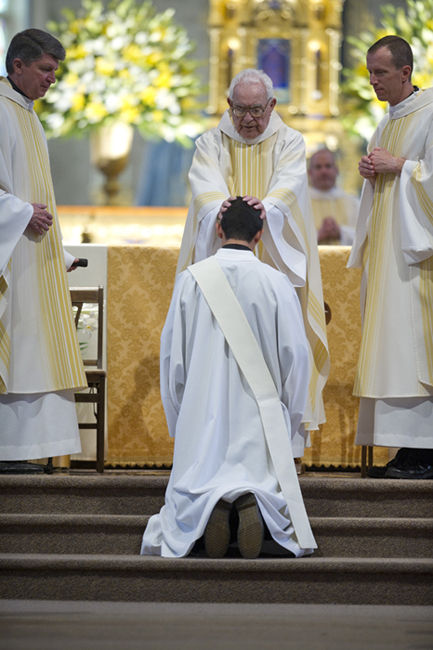 For me the ordination Mass was a blur. The one thing that I remember clearly was kneeling before the altar as the hundred or so concelebrants laid their hands upon me. It was a beautiful, powerful experience to have my fellow priests, many of whom I had known for years as teachers, as pastors, and as friends, give me their blessings as I became one of them. The laying on of hands is still is my favorite part of our ordination Mass.

My first Mass was the next morning in my parish Church, in the crypt of Sacred Heart Basilica, on the Notre Dame campus. I remember being so nervous as I began the Mass that my legs were shaking uncontrollably. Gradually looking out over my family and friends in the congregation, I calmed down and was then able to pray as I presided. I am amazed at how calm, cool and collected all of our newly ordained are today as they preside at their first Masses. I was a nervous wreck in that tiny crypt church, while many of our young priests now have their first Mass in the Basilica at the nationally televised 10:00 am Mass. Presiding at the televised Mass is nerve wracking enough for me even after 22 years of priesthood. If I had had to worry about the clock at my first Mass, I would have passed out. 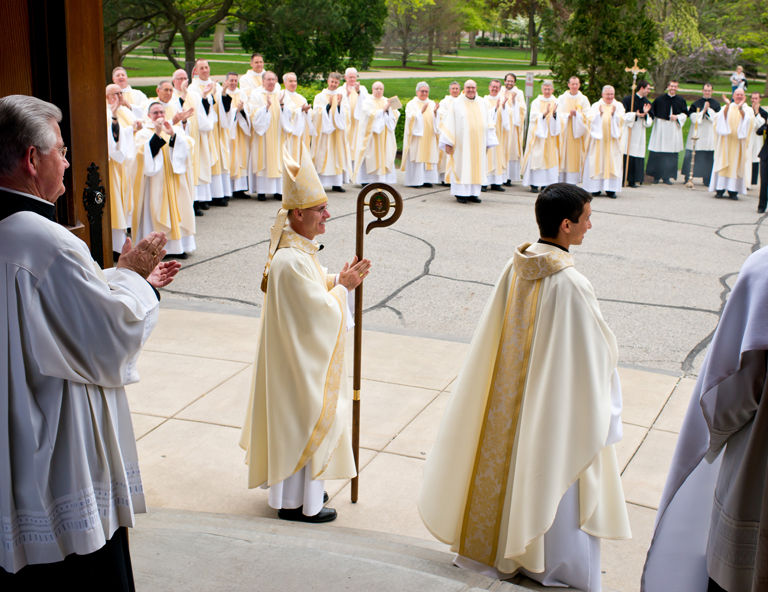 After 22 years, I can honestly say that I still love being a priest and I can't imagine doing anything else. I pray that Adam and Patrick will be able to say the same thing throughout their lives.

Fr. Tony Szakaly, C.S.C., is the local superior of the Holy Cross community at Stonehill College, Director of Campus Ministry, and Alumni Minister at Stonehill College. A South Bend native, he received a Holy Cross education at every level of his schooling, from the C.S.C. sisters in grade school, the C.S.C. brothers in high school, and C.S.C. priests at the University of Notre Dame. He took final vows in 1991 and was ordained to the priesthood in 1992.