Caring for the Poor

Caring for the Poor 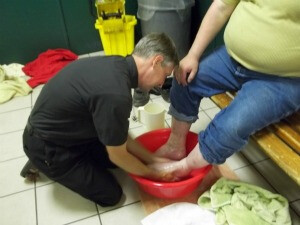 Our mission sends us across borders of every sort. Often, we must make ourselves at home among more than one people or culture, reminding us again that the farther we go in giving, the more we stand to receive. — Constitutions of the Congregation of Holy Cross, Constitution 2:17

International borders are not the only borders we cross. The Holy Cross mission, as stated in our Constitutions, has lead the United States Province to sponsor apostolates that reach across all types of socio-economic, cultural and linguistic borders to carry out the hope of our Lord Jesus Christ to people who might not otherwise hear the Good News. Our missionary efforts include direct service to the poor, worldwide promotion of the power of the Rosary, a print publishing house and retreat ministry.

At André House, Holy Cross religious and other volunteers directly engage in social justice ministry to the homeless and unemployed, assisting with meals, job training, shelter and other forms of counseling and training.

As a ministry, Saint André Bessette Catholic Church provides spiritual and emotional support for the underserved population of Portland. Holy Cross also works with the local government to find housing and physical resources for the homeless, elderly and poor.

Holy Cross Family Ministries and its member ministries cross all borders promoting the power of the Rosary and the spiritual well-being of the family.

In continuous operation since its founding by Rev. Edward Sorin, C.S.C., in 1865, Ave Maria Press is owned and operated by the United States Province and is a leading publisher of Catholic high school religion textbooks, parish resources and books on Catholic prayer and spirituality. 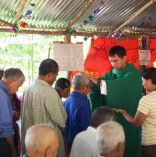 The Holy Cross Mission Center, sponsored by the United States Province, supports the international mission work of the worldwide efforts of the Congregation of Holy Cross.

Home • Support • Impact of Giving • Caring for the Poor